In his lifetime, he was a positive influence on so many, always inspiring others to be better while at the same time, working on his own character.

Mo was part of a rare breed, one that did not let the difficulties he faced as a youngster negatively affect his positive nature and bright outlook on life. His compassion for others, especially children, knew no bounds.

Shua Zitron, a close friend from high school, said he and Moshe “clicked right away” in Ner High School when they were paired as chavrusahs. “We found that not only did we have the same style of learning, but similar interests in almost every aspect of our lives,” explained Zitron. The two, both passionate about physical well-being in addition to their spiritual health, regularly frequented the gym and played sports after school.

In fact, Zitron and Mo learned so well together that the two approached their rebbe to ask if they could be excised from a certain class to learn a masechet in which they were both interested.

That masechet, perek chelek from Sanhedrin, speaks about Mashiach, and what precedes it and what happens afterwards. It is a testament to the duo’s seriousness in learning that they were granted full permission to skip class and do so.

Dan Berkowitz, 22, confirms his older brother’s true sincerity in religious observance. “We both had somewhat of a hard childhood,” says Dan, referring to his parent’s divorce when the two were young, “but Mo never let it get him down or shake his faith. He was constantly making lemonade out of lemons and being consistently positive.”

After the boys’ parents divorced, their mother moved to Israel. Moshe and Dan, who did not want to leave the United States, moved in with their aunt and uncle – doubly-close relations, as their aunt was their mother’s sister, and their uncle, too, their father’s brother.

Devastatingly, Mo’s uncle died from a heart attack just a few weeks before Mo did. A friend of Mo’s related that he and his father, after the shiva, walked around the block to signify the end of official mourning. Mo and his father were discussing the reason for doing so, and Mo said he thought it was because it showed that Hashem wanted mourners to see that life continued, even after such a loss.

Mo, of course, had no way of knowing that these words would take on a different meaning for his father, who would bury his son alongside his brother just weeks later.

A close friend of Mo’s, Aron Avadyaev of Brooklyn, remembers Mo as not only a serious learner, but a serious worker as well. Mo began working right after high school, and right before he was killed, was juggling a schedule of impressive feats.

He spent mornings learning at Yeshivas Ohr Yitzchak, and then went to teach at Bircas Shmuel, where he taught secular subjects. He then went to night school in Brooklyn College, where he was studying for a BA in psychology. He also worked part-time at a home healthcare agency, and spent countless hours with his students, engaging them in healthy outlets and activities. “He always kept himself busy,” said Avadyaev. “If he wasn’t learning, he was doing something else constructive.”

Friends said Mo took particular pride in being mesameach chasan v’kallah at weddings, and used his impressive break dancing skills and footwork to great acclaim. His sole motivation, they said, was not to show off but to bring joy to the newlyweds.

“I remember he came to me a couple of days before my wedding and said he would be my shomer, and I asked him if he was certain, as he’d have to stick with me the whole day,” recalls Zitron. “He said ‘for sure I’ll do it, you’re my best friend.’ He then told me I can repay the favor by being his shomer when the time came. Little did I know that I would never get a chance to be a shomer for his wedding, but rather for his body before his levaya at such a young age.”

Mo’s job at Bircas Shmuel, a school in Brooklyn for children who don’t fit into mainstream yeshivas, speaks most to his true nature. Mo would sit with the boys, and talk with them, said Zitron, and mentor them. He would walk them home to ensure they got there safely, and spend hours outside of school, on his own time, chatting with them and giving them advice. Mo recently began working with NCSY teens as well, given his sincere desire to mentor others who might need guidance.

It was these students who first came up with the idea for a sefer Torah in Mo’s name, to extend his legacy and love of learning Torah, and to serve as a melitz yosher for his name – especially because he died before getting the chance to have any progeny who might carry on his name.

Rabbi Aaron Groner, a longtime rebbe at Ohr Yitzchak and the yeshiva’s director, said, “Moshe is moving people in so many ways from Gan Eden, as many in the yeshiva and elsewhere have taken on middos to refine and work on, such as refraining from lashon hara and learning all of Shas by his first yahrzeit. Most importantly, everyone is banding together for the campaign for the sefer Torah, created especially in his name, which will serve as an illui for his neshama.” 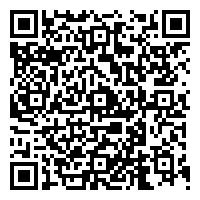