A watershed moment took place in Brooklyn last month on primary night. Those who care about private school education should sit up and take notice.

Democratic Assemblyman Hakeem Jeffries, who rode a tidal wave of support from all corners of the district in his smackdown of Charles Barron, gave a resounding victory speech, speaking to the “beautiful mosaic” of diverse communities he hopes to represent in Congress. In his first public comments, Jeffries spoke passionately about education, his signature issue, and singled out among other things the “crushing burden” of yeshiva education and the need for government to find creative solutions to assist yeshiva parents.


Yeshiva administrators and school choice advocates, who have long sounded the “private schools are collapsing” alarm to any and every elected official who will listen, took encouragement from his words. Public school advocates, teachers-union types and, yes, Charlie Barron, were not pleased at all.

Regrettably, their entrenchment and opposition are to be expected. Public school lobbyists and their supporters demonstrate a gross sense of entitlement when they declare war against government relief to parochial schools.

Harder to understand is their unjustified attacks on politicians like Jeffries – a longtime supporter of public education – who seek to breathe energy and enthusiasm into additional school funding for all schools, public and private alike.

Let’s be clear. Every child, whether in a public or a parochial school, is entitled to a quality education, period. Somehow, though, private school-paying parents and school choice advocates have found themselves under relentless attack from the teachers union and a vocal public school lobby that views education funding as an all or nothing proposition – all for them and nothing for anybody else. Though supporters of public education always make their case by championing “the children,” we in the private school community know all too well they mean only “their” children.

Vociferous public school advocates and politicians like Charles Barron refuse to acknowledge the painful inequity of a system that takes money from taxpayers to use for education – and yet refuses to allocate any meaningful portion of those dollars to provide funding, or at least desperately needed tax relief, for those very same taxpayers who send children to private schools.

In fact, Barron, in his post-election criticism of Jeffries, took particular aim at Jeffries’s desire to help yeshiva students, saying Jeffries wants “us taxpayers [to] pay for private religious schools.” The truth, of course, is that in addition to thousands of dollars in tuition, private religious-school parents pay taxes and those taxes help fund public education.

Orthodox Jewish children, as well as Catholic and other religious schoolchildren, require a dual educational curriculum. Besides an arduous religious studies curriculum, students are also bound by state curricular requirements, with many taking state aptitude tests to verify retention of their secular studies. Test scores confirm that many of these children do very well in private school settings.

There are constitutionally acceptable ways for government to support yeshivas and other nonpublic schools. Certainly no law prevents the state from honoring its commitment to educate and fund the secular studies of these students. To say that any child – Jew, Muslim or Christian – is not entitled to some form of tuition assistance for secular studies simply because he or she attends a private school is wrong and unjust.

Supporting parochial schools via tax credits, school vouchers (there, I said it) or through tuition tax deductibility in no way diminishes the hardship and sacrifices private and public school parents and teachers make for their families and students.

In fact, government-sponsored tuition relief will only help to prop up an overall teetering educational system. Ultimately, should nothing change and private schools continue to close as is now happening, the consequences for the public school system would be disastrous.

Consider the numbers in Brooklyn alone. Approximately 90,000 children are currently enrolled in Jewish religious schools (and the number is growing). An average public school class has 25-30 students. If the New York City Department of Education were forced to absorb these students, at a cost of $20,000-$22,000 per child annually, it would be looking at an additional annual cost of nearly $2 billion, aside from the massive capital expenditures necessary to add and maintain, approximately, an additional 3,600 classrooms. 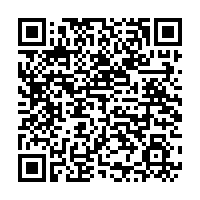