Imagine how Hollywood would film the moment when Shemot closes. There stands a people who had been redeemed from slavery and now waited to receive the revelation of God’s Commandments. What a glorious moment. There would be the rapturous singing of angels. The people would dance. There would be lights – oh, would there be lights! Technicolor, rainbow lights.

That might be the Hollywood version but, as we know, it is not the way Shemot closes. There is no music. No dancing. No lights. Just the dry repetitive details of the building of the mikdash.


We want angels singing. We want epic imagery. We get specs and blueprints. We get details. Pesky details. They so often seem to bog us down. Wouldn’t life be so simple if we didn’t have to “sweat the details”? But, as we learn over and over, Judaism is all about those details.

Leave it to others to live life as though it were defined by greeting card sentiments. We Jews are called to take care of the business of living which, as it turns out, means paying attention to detail.

Not long ago, I happened upon a story about a karate championship. As I read it, I thought about the focus and discipline those champions employ in their every move. No motion is wasted or haphazard. Every kick if precise. L’havdil! Is the performance of God’s mitzvot any less important than the kick of a karate champion?

Really, when you think about it, is any aspect of life any less important? Life is not a gauzy ambiguity lived in generalities. It is a specific and constant series of small events – details! – that carry through the seconds, minutes, hours, and years of our lives.

So the real question is not whether or not our lives are made up of details. The question is, How conscious and attentive are we to those details?

As Jews, we live according to halacha. It demands absolute attention to detail. If just one letter is missing from its hundreds of thousands, a written Torah is rendered pasul. A single letter is an “error rate” of less than one one-thousandth of a percentage point! Certainly that should be good enough, right? Wrong. To observe God’s will – the personification of perfection – we can never be satisfied with “good enough.” We must attend to every detail. We must be conscious of and alive to those details, for each is a glimpse of holiness.

Our conscious attention to detail need not, and should not, be confined to ritual observance. Indeed, it is in our more “human” dealings that we need to be sure to be attentive to details.

I was recently having a friendly conversation with a frum young man when I said I had to end the conversation as I had to stop by the grocery on the way home. He looked at me curiously.

I thanked him for his concern but explained that I always went to the butcher and the grocery and the bakery.

He seemed astonished. “Is that something a man should do?” he asked with genuine sincerity.

I did not know quite how to respond. Clearly, this twenty-year-old man who had never seen his father or any other adult male do such a thing could not fathom why a husband would lend a hand in such a way. He could not comprehend that being attentive to, and helping with, the details of the house adds to making a man a real husband.

No relationship in our lives mirrors the relationship between God and Israel more than marriage. The love shared between a man and his wife is real, is daily, and is defined by concrete actions and behaviors as well as emotions. The young man who found my visit to the grocery so astonishing has a great deal to learn in this regard. But it is clear the frum community is beginning to understand.

Certain communities have religious guides instructing chassanim in preparation for marriage. Their instruction goes far beyond the ritual dynamics of a new household and addresses many of the details of civility – details I have always simply referred to as menschlichkeit.

The lessons are sometimes so simple as to seem painfully obvious to those who live in the “modern” world. The guide teaches his students to hold the door for their wives, to carry their heavy bags, to always show them consideration. In other words, he was teaching them to focus on life’s details. Doing so communicates respect and love far more than platitudes.

The significance and meaning of a Jew’s life is not in beautiful words but in the willing and cheerful attention to the details of life. How many times does one say “I love you” when, in truth, actions do not match the words? I sometimes am reminded of the lovely song “Do You Love Me?” from “Fiddler on the Roof. ” Tevye, trying to understand the type of love that was causing his daughter to want to choose the man she would marry, asks his wife, Golde, if she loves him. She seems confused and then annoyed by the question before she lists the many things she has done for him and with him during their twenty-five years of marriage. She’s washed his clothes, cooked his meals, cleaned his house, given him children, milked his cow. She’s fought with him, starved with him, shared his bed. She then concludes, “If that’s not love, what is?”

Love is not a theory. It is not an ideal. It is to live in and with the details of a life shared.

I find great comfort in a religious guide “teaching” young men to open the door for their wives. Perhaps in opening the door they will also learn to stop off at the butcher and the grocery and share the details of a life together.

It is all fine and good to learn mussar and ethics and chassidus, and to listen to all manner of uplifting talks. But at the end of the day, it is our knowledge of and attention to the details of our lives that make for a meaningful and successful marriage and life.

Reb Yisrael, did you take out the garbage? Did you help clear the table after that delicious meal? Did you put away yesterday’s clothes? Did you…?

Did you engage in the details and specifics of your life or did you rely on generalities, blind to the needs and comforts of the one you are married to?

The Torah’s emphasis upon detail is powerful. Eighteen times the Israelites followed the instruc­tions they were given regarding the mikdash. Eighteen times!

The repetition of the instructions to build the mikdash is not simply a repetition but a gesture of God’s love for His children, who were emotionally and spiritually crushed after making the golden calf.

It is in this continual repetition that we learn one of life’s great lessons. Life may be enlarged by remarkable moments, but it is not defined by them. Rather, it is defined by a lifetime of moments, of details.

The Jerusalem Talmud likens the repetition of God’s instructions for the mikdash eighteen times “just as God commanded” to the eighteen bless­ings of the Shemoneh Esrei. At first glance, the comparison seems little more than a numerical agreement. But looking closer, we see that the Shemoneh Esrei , more than any other Jewish prayer, teaches us that life is not a mishmash of universal generali­ties or one-time needs and pleasures but the recognition that God, who is capable of providing and responding to every single one of our very many detailed and specific personalized needs and requests, hears our very particular prayer.

When we recite the eighteen blessings of the Shemoneh Esrei are we not being very detail oriented in asking God for what we need and want? Just as we understand God’s repetition regarding the mikdash as an expression of God’s care and concern, our own attention to detail can likewise be an expression of love.

Returning to the conclusion of Shemot and the details of the mikdash, it would be well for each of us to remember that each Jewish home is a mikdash me’at – a mini-sanctuary. Is this not reason enough to turn our attention – and our behavior – to the needs of our homes and our wives?

Hold that door, husband! Take out that trash! 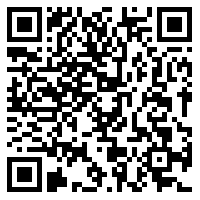