Even when the Goldman case was climbing toward the Supreme Court there was no assurance that it would be accepted. Nathan Lewin, who represented Goldman and the right of a serviceman to wear a yarmulkeh on duty therefore began lobbying Congress for legislation that would permit wearing a yarmulke in service.

Long-serving Congressman Stephen J. Solarz, Gulf War advocate and foreign policy maven, was also a good friend of Lewin’s. He was supportive of many Jewish interests and drafted a law that would permit a serviceman to wear a yarmulke which was supported by the House, but the Senate, including Jewish senators, opposed.


Between the decision of the District and the Appeals Court’s reversal, the United States went to war in Grenada in October, 1983. One of the lesser known revelations to emerge from the invasion concerned Chaplain Jacob Goldstein’s headgear. Rabbi Goldstein looked very much like the Lubavitcher chassid that he is.

Picture, well, a chassid: full beard, Chazon Ish-type glasses, the physique often associated with a chassid and there he is – wearing a uniform. Rabbi Goldstein fashioned himself a yarmulke crafted out of camouflage material that matched his battle fatigues. The coordination was so perfect that it appeared as if the yarmulke was an integral part of his uniform.

Independent of the military coordination, the yarmulke also seemed to be a badge that attested that you can be a patriotic, religious Jew. Colonel Goldstein’s headgear came to Mr. Lewin’s attention and the super lawyer decided to manufacture dozens and have them distributed around the Senate.

This was accomplished through the good offices of Senator Frank Lautenberg (D. NJ). Whether this gesture was instrumental in the bill’s passage is debatable, but there is no question that whoever saw and touched the “military yarmulke” would have difficulty believing that wearing such a neat and conservative skull cap could in any way negatively impact upon military discipline and esprit de corps.

What came to be known as the Religious Apparel Amendment was introduced into the 100th Congress on May 11, 1987. Representative Stephen J. Solarz together with co-sponsor Representative Pat Schroeder, chairwoman of the Armed Services Subcommittee on Military Personnel, put forward an amendment to the Defense Department authorization bill which would allow a member of the Armed Forces to wear religious apparel while in uniform provided that it is neat and conservative and that it not interfere with the performance of the member’s military duties.

The bill had been introduced the previous year and passed the house but was defeated in the Senate, in no small measure thanks to speeches from Senators Barry Goldwater and Chic Hecht. At the time that Solarz and Schroeder made their proposal a similar measure, sponsored by Senators Lautenberg and D’Amato was pending in the Senate.

Congressman Solarz eloquently explained that the need for congressional action was in response to the discipline and denied re-appointment Captain Goldman faced for wearing his yarmulke in violation of the Air Force dress code. To counter the arguments that wearing a yarmulke would threaten uniformity and reduce military cohesion, he quoted Air Force regulations, “Neither the Air Force nor the public expects absolute uniformity in appearance. Each Member has the right, within limits, to express individuality…”

“Air Force regulations,” argued Solarz, “do not permit the wearing of a yarmulke, yet they allow wearing of up to three rings and one identification bracelet of non-uniform design.” Couldn’t the same standard be applied to the wearing of religious apparel?

Solarz cited chaplain, Rabbi Jacob Goldstein, who served in Grenada and received a citation from the Army which praised him for “meritorious achievement” and “unique dedication to duty.” Surely Goldstein would not have been commended had his yarmulke undermined military discipline.

Solarz went on to state that other countries allow religious apparel in the armed forces that does not interfere with military duties. And for the clincher he quoted Navy Chaplain, Lt. Commander Arnold Resnicoff, present at the bombing of the Marine barracks in Beirut, 1983.

“Working with the wounded – sometimes comforting and simply letting them know help was on the way, sometimes trying to pull and carry those whose injuries appeared less dangerous than the approaching fire or the smothering smoke – my yarmulke was lost. The last I remember of it, I had used it to mop someone’s brow.”

“Father Pucciarelli, the Catholic chaplain, cut a circle out of his cap which would become my temporary head covering. Somehow we wanted those Marines to know not just that we were chaplains, but that he was Christian and that I was Jewish. Somehow, we both wanted to shout the message in a land where people were killing each other based on the differences in religion among them, that we Americans still believed that we could be proud of our particular religions, and yet work side by side when the time came to help others, to comfort, and to ease pain.”

The military cohesiveness under fire displayed in the Resnicoff account devastated the Air Force’s justification for disallowing a yarmulke.

Congressman Solarz concluded by saying that the amendment goes beyond the tenets of any one religion. “It concerns the right of people of all faiths to serve their country without having to forsake their religious beliefs. That is what this country is all about.”

To be concluded next month. 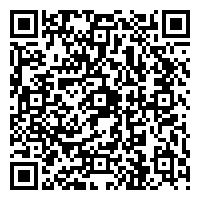