Do you ever get the feeling you’re really living in a television program? For 2011 America, the rerun we are collectively forced to act in is “That ’70s Show.”

Supermarket prices have skyrocketed. An energy crisis looms. The economy sputters along. Back then, the president imposed price controls on oil as a misguided means to keep consumer costs under control; now, the president is poised to implement price controls as part of his health care plan. People talk openly of an America in decline.


We may have traded in CB radios for Facebook, Betamax for Blu-ray and eight-tracks for MP3s. But the similarities between our times and those times are uncanny.

“I believe we can have a foreign policy that is democratic, that is based on fundamental values, and that uses power and influence, which we have, for humane purposes,” Jimmy Carter announced at Notre Dame’s 1977 commencement ceremonies.

The 39th president committed America to regarding “human rights as a fundamental tenet of our foreign policy.”

“Sometimes, the course of history poses challenges that threaten our common humanity and our common security,” Barack Obama explained in his recent televised address on the Libyan intervention. He continued that America, by working alongside allies, should “see that the principles of justice and human dignity are upheld by all.”

One hears the echoes of Carter not only in the call for a foreign policy occasionally divorced from national interest and tethered to human rights. The echoes reverberate loudest in the way foreign policy is carried out in the Middle East. The Carter administration in 1979, and the Obama administration in 2011, cheered on the fall of a garden-variety strongman as the dawn of something better.

The Shah of Iran, like Egypt’s Hosni Mubarak, was a U.S. ally in an unfriendly region. Both were sick old men who had ruled their countries for more than a generation. Mubarak stood by an unpopular peace treaty with Israel while the Shah supplied the Jewish state with oil. Both men stood athwart religious fanatics threatening their regimes. Both sometimes did so through unsavory means.

By dwelling on the ways in which the Shah and Mubarak were like other Middle Eastern rulers, and overlooking the ways in which they differed from neighboring strongmen, Presidents Carter and Obama undercut longtime U.S. allies. The local currents were probably too strong for distant presidents to hold back regional change in 1979 and 2011. But transfixing on the human rights abuses of the dictator in power left them blind to the human rights abuses that might follow their departures.

When events went sour in Iran and Egypt, President Carter and President Obama reversed course on support for dictators who had supported the United States.

“We encouraged him to hang firm and to count on our backing,” Carter confided to his diary regarding the Shah on November 2, 1978. But within two months, as he explained in his memoir Keeping Faith, that backing had backtracked: “The reports I was receiving from the CIA, the State Department, and from diplomats of other countries, led me also to feel the Shah would have to leave.”

Worse than Carter’s vacillating, which took on comedic proportions during the on-again off-again invitation for asylum to the ailing Shah, was the administration’s forked-tongue policy. Whereas Carter publicly backed the Shah, U.S. ambassador to Iran William Sullivan, and numerous figures within Carter’s State Department, undermined the Shah – and Carter’s stated policy. “Ambassador Sullivan,” Carter recalls in Keeping Faith, “was recommending that we oppose the plans of the Shah, insist on his immediate departure, and try to form some kind of friendship or alliance with Khomeini . Sullivan thought we should not oppose Khomeini’s take-over because his rule would lead to democracy.”

Thirty-three years later, top Obama administration officials were similarly all over the board in their take on Mubarak’s continued rule. “I would not refer to him as a dictator,” Vice President Joe Biden said of Mubarak on January 27, and rejected the idea that the Egyptian leader should resign. Hillary Clinton similarly characterized Mubarak’s government as “stable.” Within days, the president called for an “orderly transition” in Egypt that “must be meaningful, it must be peaceful, and it must begin now.” 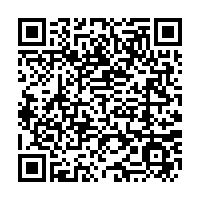