Whether you live on the East Coast, or have relatives there, I’m sure that many readers had their ears and web browsers set this week to the development and results of Hurricane Sandy. Seeing the city that never stops in a blackout, viewing the pictures of flooded subway stations, and seeing mass evacuations even before the rain fell from the sky, truly set the stage for something major to happen, something so  critical requiring such vital preparation.

And indeed, the various adjectives used to describe Sandy were right on the dot. From “ the biggest to hit US mainland” to “the most dangerous” and “Frankenstorm,”  all the above authentically described the meters of water penetrating homes and cities, injuring and killing innocent civilians, compiled with endless damage to property and loss of power.


As the worse in now behind us, and yet with restorations efforts still ahead of us, I believe that the terms utilized so widely this week to describe a terrible predicament should force us to reconsider their use when, thankfully, tragedy doesn’t strike. Though my heart and soul are with those hurt by the storm, I am disturbed that so many of these very adjectives are commonly used to describe common occurrences, a far cry from the critical situation that so many Americans on the East Coast are facing.

It seems that every election is “the most critical in our history” and the issues on the table, before any election or vote, “have never been more vital to the existence of the Jewish people.”  An agreement between two parties to run a joint-ticket in the coming election resulted in a member of the party, firmly against this unified ballot, claiming the need to stop it “in order to save Israel’s democracy”! Not long ago, a certain Jewish group hit the barricades in order to prevent frum Sefardic children from entering their school, contradicting an explicit court order. Their leader branded their refusal to fulfill the order, with the threat of jail, as “the war of the generation.”

When a woman singing in front of men caused soldiers to walk out rather than violate the prohibition of Kol Isha, a controversy broke with a certain Rabbi claiming that “Troops will die rather than listen to women [sing].”  Demonstrators against women’s prayer groups at the Kotel  have gained the title of “warriors” and one joining a late-night Minyan to allow a mourner to say Kaddish was shown gratitude for his “Mesirut Nefesh”/Self-Sacrifice. Finally, about once a year, someone seems to refer to a local dispute than no less than a “Holocaust” with religious Jews and leaders using the term  “Yehareg Vaal Yaavor” (Give your life rather than transgress) regarding far more commandments and issues than the three cardinal sins!

Part and parcel of learning Torah is to clearly identify what is a Biblical commandment, what’s Rabbinic and what is custom. Though we are devoted to fulfilling all of the above,  it’s important to know the origin of a Mitzva so we can keep a sense of proportion.  I would not envy the nursing mother who would consider fasting on Yom Kippur in the same category as fasting on Ta’anit-Ester. While both are fast days, her personal situation would dictate a totally different mode of behavior on these two days, based solely on having a true sense of proportion between a Biblical edict and a custom. Similarly, forcing one to violate Shabbat and eat pig is not the same as forcing one to listen to a woman’s voice. Jewish children of diverse ethnic descent learning together certainly does not fit into the same group as the prohibition of idolatry.

Indeed, beyond the three cardinal sins,  at times, even a mere custom, such as the customary color of a Jew’s shoelace, can be so vital that one must give their life and not transgress [Tractate Sanhedrin 74b.]  And yet, when there isn’t a danger of uprooting Jewish life, we must be extremely careful not to make a mountain out of a molehill!

So frequently our Rabbis in the field are faced with issues and controversies that challenge them as they attempt to show professional spiritual leadership. Almost every one of them is faced weekly with the dilemma of when do they take a stand, when do they pick a fight, when do they back off, and even when do they give in. However, it is rather abnormal for a Rabbi never to have a dilemma, thus he is forced either to never take a stand or to always feel the need to create a controversy over every single issue, thinking everything is critical and life-threatening to the existence of the Jewish community.

Not every issue is as critical as the next. And therefore, we should be very careful to use the proper terminology so we dare not give the false impression, to our kids, neighbors or students, that “life depends” on your vote, that participation in a demonstration for a just cause is “crucial” and the need to write letters of protests is no less than “Pikuach Nefesh.”

I fully believe that passion is needed for the very issues that are so important to us. There can be deviation from person to party as to what those critical issues are. And yet, it seems uncanny that we are asked to be passionate about everything. 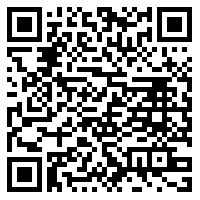