On Jerusalem Day, while walking around with JewishPress.com blogger Ari Fuld, we spoke with Arabs watching the Jerusalem Day parade as it went through the Old City’s Damascus Gate. Some of the conversations were filmed (see below).

They expressed a wide range of opinions.

Some were upset, some indifferent, some were actually enjoying watching the parade (though in some cases, their message and demeanor quickly changed when an angry Arab would sit down next to them; others were braver).

Fifty years ago, the lives of the Arab residents of Jerusalem changed for the better in many ways. The reunification of Jerusalem was the best thing that had happened to them in terms of healthcare, the economy, education and personal freedom.

They did have to pray the price of living under Jewish rule, in a unified city of which they are part. That’s not a bad price at all.

I know many of them are scared of the extremists in their midst, but still, I would love it if next year a large group of Jerusalem’s Arab residents were to pick up the Israeli flag and join in the Jerusalem Day parade. 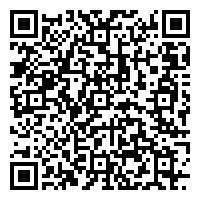