Last month, J Street endorsed Joe Biden for president. Said J Street: “At a time when the threats to our core values both at home and abroad have never been more serious, all of us in the pro-Israel, pro-peace community know that the path to a better future begins with defeating Donald Trump at the polls.”

Biden enthusiastically accepted the endorsement, saying, “I share with J Street’s membership an unyielding dedication to the survival and security of Israel, and an equal commitment to creating a future of peace and opportunity for Israeli and Palestinian children alike.”

To the uninitiated, the extreme left, and Jews who view allegiance to the Democrat party as their true religion, this is all fine and good – but J Street is no ordinary organization. According to Harvard Law Professor Alan Dershowitz, who is a liberal Democrat, “J Street has done more to turn young people against Israel than any organization in the whole of history. It will go down in history as one of the most virulent, anti-Israel organizations in the history of Zionism and Judaism.”

Esteemed writer Caroline Glick agrees: “J Street is an anti-Israel, pro-Iranian and pro-Palestinian lobby run by American Jews…. The tools it employs are demoralization and deceit.”

In a shocking 123-page fully-annotated report entitled “J Street Sides with Israel’s Enemies & Works to Destroy Support for Israel,” Morton A Klein, president of the ZOA, Elizabeth Berney, and Daniel Mandel leave no stone unturned in proving the malfeasance of this sinister group.

Considering that he spent 36 years in the Senate and eight years as vice president of the United States, Biden is presumably aware of J Street’s beliefs and activities, leaving us to wonder about his judgment or intent in accepting J Street’s endorsement.

The truth is that Biden has a history of siding with opponents of Greater Israel. In a 1982 meeting with then-Prime Minister Menachem Begin, Biden threatened that “the United States doesn’t look favorably upon Israeli settlements and would endanger support for foreign aid to Israel.”

Begin shouted in response, “Don’t threaten us with slashing aid. Do you think that because the U.S. lends us money it is entitled to impose on us what we must do?… We are grateful for the assistance we have received, but we are not to be threatened. I am a proud Jew. Three thousand years of culture are behind me, and you will not frighten me with threats.”

Fast forward to 2016 when Biden found himself at odds with yet another Israeli prime minister: Benjamin Netanyahu. Speaking to J Street, Biden expressed “overwhelming frustrations” with Israel’s premier.

Just hours prior, a bus bombing in Jerusalem had severely injured 21 passengers. The former vice president eventually got around to saying he “stands with the state of Israel,” but he stuck with prepared remarks: “The present course Israel’s on is not one that’s likely to secure its existence as a Jewish democratic state, and we have to make sure that happens.”

During that same 2016 appearance before J Street, Biden addressed a far-left woman in the Labor party stating, “May your views begin to once again become the majority opinion in the Knesset.” To rousing cheers, he said, “[S]he reminds me of my young progressive self, when elected to the Senate at 29.”

In an article in The New York Post, Benny Avni noted, “Biden spent more time Monday thanking the organization for its support of the Iran deal than addressing that day’s terrorism in Israel.” He also wrote, “You don’t have to be a Netanyahu fan to wonder about the symbiotic relationship between J Street and the Obama administration” – an administration that pursued anti-Israel policies which Biden strenuously supported for eight years as vice president.

Considering the number of times Biden has addressed J Street over the years, it’s beyond credulity that he isn’t aware of the group’s true pernicious intentions toward the Jewish state. So what does that say about him? 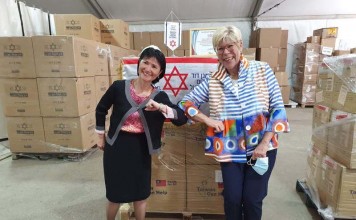 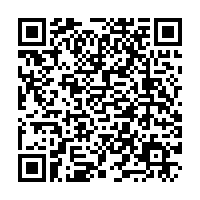