“I closed a great deal renting out my bungalow this year,” Moshe boasted to his friend Shimon, a month before the summer season.


“I usually rent it out for about $5,000 for the summer,” Moshe said. “In a good year – $6,000. This year I got a call from a European couple that was looking for a religious bungalow colony. I told them the bungalow goes for $10,000, and they agreed! We already signed a contract.”

“But was it right to take advantage of the couple’s ignorance?” asked Shimon.

Moshe didn’t reply. A week into the summer, though, he told Shimon. “I got an irate phone call from my tenants. When they arrived at the bungalow colony, they asked other people how much their unit is usually rented out for. They discovered that they were overcharged and are demanding a refund of at least $3,000.”

The two parties ultimately approached Rabbi Dayan. After hearing from both sides, Rabbi Dayan said, “In Parashas Behar [Vayikra 25:14-17], the Torah prohibits deceitfully charging or paying an unfair price to another Jew (onaah). Depending on the differential from the reasonable market price, the deceived party is sometimes entitled to receive the differential and sometimes to retract from the transaction entirely [Choshen Mishpat 227:1-4].

“However, the Gemara [Bava Metzia 56] states that the rules of onaah apply only to movable items that have intrinsic value. This excludes real estate, which is not movable. Perhaps real estate is excluded because prices fluctuate greatly. Also excluded are loan documents – and most other financial documents, e.g., stocks, bonds and treasury bills – since they don’t have intrinsic value; they merely represent a debt or share in a company [Sma 227:49; Hilchos Mishpat, Onaah 227:29].

“Even if the price differential is double or more, the Shulchan Aruch rules that there can be no onaah claim in real estate or loan documents. However, the Rema rules that there is onaah at double the going rate, and the deceived party can cancel the transaction [Choshen Mishpat 227:29].”

“What about rentals?” asked Moshe.

“The rules of onaah also apply to rentals,” replied Rabbi Dayan. “Rentals are considered a kind of temporary ‘sale.’ Therefore, since the bungalow is real estate, the couple cannot claim onaah on the rental [Choshen Mishpat 227:32].

“Nonetheless, although the Gemara excludes real estate and loan documents from monetary onaah claims, many authorities maintain that there’s still a prohibition against knowingly swindling another party that is unaware of the going rate. Some include this in the prohibition of onaah itself, and some include it in the general category of onaas devarim, interactions that cause suffering to another party [Sma 227:51; Pischei Teshuvah 227:21].

“Thus,” concluded Rabbi Dayan, “it was prohibited to take advantage of the ignorance of the couple, but they cannot halachically demand a refund of the differential.” 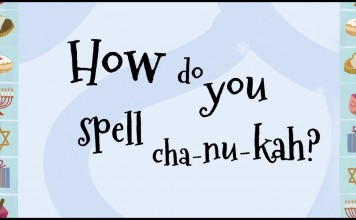 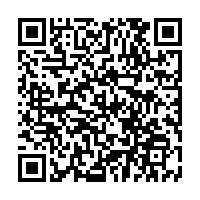