The son-in-law of Osama bin Laden has been found guilty of conspiracy to kill American citizens.

Suleiman Abu Ghaith was arrested in Jordan last year, sent to the US and tried in New York. While the US introduced one witness who admitted that he did not know if the accused was aware of planned “shoe bombing” airplane attacks, the majority of US evidence was based on videos of Abu Ghaith exhorting Muslims to attack America and that “the storm of planes” would not stop.


The issue of Abu Ghaith’s arrest, prosecution, and conviction based primarily on video evidence is extremely important. As I wrote previously, the woman who thought up, planned, organized, and executed (even walking with the bomber and his guitar case bomb to the restaurant) the attack at the Sbarro Pizzeria in Jerusalem in August, 2001 seems to be the mirror image of Abu Ghaith, with one significant caveat. Abu Ghaith was found guilty of conspiracy to kill Americans. Ahlam Tamimi, on the other hand, actually did kill American citizens—two of them, with three more badly wounded. Yet Abu Ghaith is in jail and Tamimi has a talk-show in Amman. The question is why?

As previously noted, Abu Ghaith was nabbed in Jordan and whisked to the US. Tamimi, on the other hand, has been sitting safely in Jordan since her release from Israeli prison in the Fall of 2011. Abu Ghaith made inflammatory videos regarding jihad and killing infidels. Tamimi has made videos in which she proudly describes her joy and that of her fellow Palestinian Arabs, over the many deaths she caused at the Sbarro massacre.

On one level Abu Ghaith and Tamimi seem like twins: both were active jihadists, both had a presence in Jordan which would allow for U.S. extradition, and finally both were proud video makers who were very blunt in their support of jihad and the death of infidels. So why is Abu Ghaith padlocked in an American jail and while Tamimi is free and a celebrated “hero” in Jordan?

The only answer that one can reasonably accept is that it is because of the anti-Semitic tendencies of the U.S. government. I have approached the director of the US Office for Justice for Victims of Overseas Terrorists (OJVOT) in the Department of Justice (DoJ) as to the disparity of treatment of these two terrorists. Her simple answer was that “each case is different” and had nothing more to say on the subject. When I pointed out the extraordinary similarities between Abu Ghaith and Tamimi, I never even received a response.

By any measure, Tamimi is worse than the former Al-Qaeda spokesman, as she responsible for the deaths of American citizens. Abu Ghaith, on the other hand, may have only had a cheerleading role. There was no proof offered at Abu Ghaith’s trial that he participated in or even knew of an attack that led to American casualties.

I asked a Department of Justice prosecutor, whose obligations include cases of American citizens harmed in Israel, why no Palestinian terrorist has ever been prosecuted. This, despite there having been over seventy cases in which more than 130 Americans were killed or injured. The prosecutor responded that the cases are secret, he cannot discuss any details. When I pointed out that they had never even obtained an indictment, extradition, or arrest warrant,he did not deny it, but just said that the material was secret and he could not discuss it with me or with any other terror victim. When I asked him if there were any “secret indictments” in any of the cases, he never bothered to reply to me. 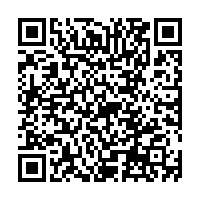