Although most Israelis and Zionists celebrate what is known as “Jerusalem Day” – the liberation of eastern Jerusalem and Judea and Samaria from Jordanian occupation, the Golan from Syrian occupation, and Gaza from Egyptian occupation – some lament Israel’s victory as an “illegal occupation” and a “moral disaster.”

This year, a group of media and academic leftists and NGOs, financed by J Street, Peace Now, the New Israel Fund, and others are planning to protest the presence of Jewish communities (“settlements”) in “occupied Palestinian territory.”

They charge that Israel has become an “obese empire” that worships the acquisition of land rather than Jewish values. This, they argue, has created a moral dilemma that threatens the soul and integrity of the state. As Ari Shavit wrote in Haaretz, “controlling another people…is tearing apart, weakening and distancing the nation.” The “idolatry of land…power…and tribe” has led to a “moral depravity.” It has “caused us to betray what we are…endangering the state of Israel, the Jewish people and the Jewish heritage.”

Calling for an “end to the occupation,” opponents of settlements argue that as long as Israel controls areas conquered in 1967, there is no possibility of a deal to end the conflict. They support creating a sovereign Palestinian state in “the territories” – the “two state solution – in order to give its Arab residents self-determination. But self-determination is not meant to be a weapon of destruction.

For those who oppose “the occupation” and “settlements,” the problem is that the Arab world and especially the Palestinians are unwilling to end the conflict. Although unhappy with the status quo, they also understand that the alternative – a dysfunctional, hate-driven Palestinian state – will likely be worse. Stuck in a fantasy that giving up land will somehow improve Israel’s moral position, yet aware of the security dangers, they offer no realistic, reasonable solution to this stalemate.

Their critique, however, raises fundamental questions about what constitutes the state of Israel, its national identity, its ethos, its right of self-defense, and – faced with terrorism and foreign and domestic threats – its survival.

Since Zionism means reestablishing the Jewish national home in Eretz Yisrael and ingathering the Jewish people to its homeland, critics of settlements undermine the raison d’etre of the state itself.

What legitimately belongs to the state of Israel and the Jewish people? According to all legal experts, the law of occupation is invoked when one country seizes territory that legitimately belongs to another country. Since Jordan’s occupation of Judea and Samaria was not recognized by anyone (except Britain and Pakistan), its occupation was illegal. Moreover, Jordan renounced its claims to the territory in 1988 and re-confirmed that renunciation in its 1994 peace treaty with Israel, which recognized the Jordan River as the international boundary. The treaty makes no reference to Palestinian claims or a Palestinian state.

Although most opponents of “the occupation” insist on retaining the territory within the armistice lines of 1949, Arab Palestinians and their leaders do not accept this as a basis for ending the conflict. Focused on their “Nakba,” they demand that millions of Arabs who claim to be refugees and their descendents be allowed to descend on Israel and reclaim property confiscated in Israel’s War of Independence. In addition, they demand that all Jews living in areas conquered by the IDF in 1967 be expelled.

Since the establishment of another Arab Palestinian state (in addition to Jordan and what exists in Gaza) represents a strategic danger to Israel and would not bring about peaceful co-existence, why do some Jews advocate it? What “morality” puts Jews at risk in order to satisfy Arab Palestinian demands for statehood? And which Jewish values are jeopardized by settlements, or when Jews defend themselves?

To be sure, ruling over others, depriving them of national self-determination, is an issue faced by most countries in the world. But as a result of the Oslo Accords, nearly all Arabs living in Areas A and B in Judea and Samaria are under the Palestinian Authority. And, via the 2005 Disengagement, Arabs living in Gaza are under Hamas. In both cases they enjoy full political, economic, social, and cultural autonomy. These are expressions of self-determination.

Israel exercises vital security controls in order to prevent terrorism and apprehend terrorists – a right that is included in the Oslo Accords and is supported by international law. Checkpoints, like those in every airport, are meant to save lives, not impede them.

Conflating the issues of Israeli “occupation of Palestinian territory” and “Palestinian self-determination,” Israel’s critics have distorted questions of legal and historical rights and confused them with humanitarian rights. Thus, the more benign moral argument impels the malignant territorial one. Palestinian statehood is transformed from a dangerous option to an absolute moral imperative. When this is advanced by non-Jews, especially those who hate Jews and Israel, it is understandable. But when Jews, most of whom claim to be Zionists, adopt this argument, it goes beyond political differences. It strengthens the hands of our enemies. It is betrayal.

Solid public support for settlements within Israel has not translated into a coherent government policy. The Edmund Levy Commission – named after its head, a retired High Court justice, and staffed by legal experts – was commissioned by Prime Minister Netanyahu to examine Israel’s legal position in Judea and Samaria and provide just, coherent solutions for disputes over land.

The Commission rejected the canard of “occupation” and determined that settlements are not illegal or illegitimate since (1) Judea and Samaria were designated as part of the “Jewish national home” by the League of Nations; (2) Jordan illegally occupied this area; (3) the areas acquired in 1967 were taken in a war of self-defense and were never part of any state or proposed “Palestinian” state. Alas, the report, issued four years ago, lies abandoned in a political dungeon.

Twenty-four thousand Israelis have been killed in wars with Arab countries and by Arab terrorists. We dare not be seduced again by false promises of peace, or weakened by fear and self-doubt. We will not allow our victories to be turned into defeat.

On Jerusalem Day we celebrate not only the liberation of Jerusalem but Judea, Samaria, and the Golan as well. We have much to be thankful for. 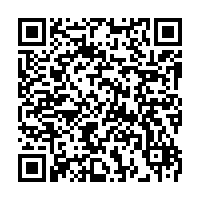