At least 15 Egyptian police officers were killed in one of the terror attacks on a checkpoint in El Arish.


Terrorists attacked the checkpoint using a car bomb and followed up with mortar fire against government troops at the site, according to a translation of the Al-Masry Al-Youm newspaper report, cited by Egypt Independent.

Also on Friday the Masa’ed Sheikh Zuwayed power line in northern Sinai came under attack by terrorists. The attack led to power blackouts in Sheikh Zuwayed and in Rafah, located on Egypt’s border with Gaza.

Such incidents are common, according to the Electricity Ministry, which said security forces provide protection for technicians tasked with repairing the lines. The forces are also tasked with hunting for the terrorists responsible for the attacks that cause the blackouts.

Egypt and Israel have been quietly working together to fight against the attempt by Da’esh to increase its forces in the area.

Since the Iranian-backed Palestinian Islamic Jihad and Iranian proxy Hezbollah terror group both also have operatives moving in and out of Sinai and Gaza, one wonders how long it will take before Da’esh and Iran sit down to discuss an alliance, with the Muslim Brotherhood (which gave birth to Hamas) as the broker. 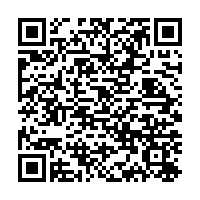