The Beis HaMikdash was destroyed due to sinas chinam, baseless hatred. With the Three Weeks and Tisha B’Av now behind us, have we learned anything from this national tragedy, or is history repeating itself?

Recently, Abraham Burg and Alon Liel published articles in the European press expressing their support in principle of the boycott of Israeli goods produced in the settlements.


That this boycott is supported by two prominent Israeli political figures is indeed ironic, since employment of Palestinian workers in the settlements by Israeli employers was authorized in both the Oslo and Paris accords, signed by Israel and the PLO in 1993 and 1994 and since Burg and Liel were, respectively, a Knesset member representing the governing Labor Party and the director general of the Israeli Foreign Ministry at the time those accords were signed.

The BDS (boycott, divestment and sanctions) movement has become fashionable not only among Israeli leftists but also with a number of left-wing American Jewish organizations which, while not calling directly for BDS, nevertheless express respect and understanding for those who advocate it.

Writing in the Jerusalem Post, Giulio Meotti, a (non-Jewish) Italian journalist with Il Foglio, wrote: “The late, great historian Raul Hilberg explained that the economic boycott of the Jews in business and employment was the first step in the Holocaust…. The Nazi appeal “Kauft nicht bei Juden” (Don’t buy from Jews) is back.”

As we know, this is not the first time in Jewish history that Jew has turned against Jew. During the destruction of the Second Temple, there were Jews (called Baryonei; see Gittin 56a ) who burned the reserves of wheat barley and wood stored by their fellow Jews. They did this because they disagreed on how to deal with the challenge of the Roman siege of Jerusalem.

Now, in the name of Jewish sympathy for the Palestinian cause – and even, they say, as a means of helping Israel – these no doubt well-intentioned Jews are helping put the West Bank economy at risk and are jeopardizing the jobs of more than 23,000 Palestinians legally employed in the settlements.

Each one of these jobs indirectly affects ten more Palestinians, for a total of 230,000. The wages and health benefits Palestinians earn from those jobs not only improve their own standard of living but also fuel the Palestinian economy as a whole.

So these boycott activists hurt the people they so vociferously claim to defend. Indeed, all they really appear to care about is furthering their anti-Israel political agenda and gaining media exposure. Perhaps somebody should ask the Palestinian workers on the ground what they think of the boycott.

And the salaries paid by Israeli companies to Palestinian workers in the settlements include a “basket” of Israeli social benefits including retirement, maternity, unemployment, disability, and medical benefits.

The real questions are: Can the Palestinian Authority give alternative jobs with comparable salaries and benefits to the 23,000 workers currently employed in the settlements? The answer is no. Can they give up the taxes they collect from those employees? No. Can they forever rely on grants from Europe, the U.S., or Arab states to sustain their economy? Again, the answer is no.

So what will eventually happen to the factories Burg and Liel wish to shut down? What should happen is that if and when parts of the West Bank are transferred to the Palestinian Authority as a result of negotiations between the parties, the Palestinian leaders will decide whether or not they want to keep Israeli factories there open.

From a purely financial standpoint, closing factories in the settlements would not necessarily harm the Israeli companies currently located there, as some would simply move their production to China where labor is cheaper. A company like SodaStream, for example, which converts seltzer into multiple soda flavors using its own manufactured “soda machines,” currently maintains production facilities in the settlements only because it wishes to set an example of mutually beneficial cooperation between Israelis and Palestinians. But for how long? 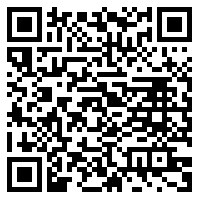