As a child in the 1970s and ‘80s in the United States, I used to define Zionism in blunt, simple terms.

If you wore a white shirt with blue pants on Yom Ha’atzmaut, you were behaving like a Zionist. If you had pictures hanging in your home with Israel themes, such as the famous June 1967 photo of the three soldiers standing by the Western Wall or the one of Begin, Carter and Sadat shaking hands at Camp David, that made you a Zionist.


And if your family ever visited Israel (which mine never did), that was the ultimate illustration of Zionism – especially if you returned to the U.S. wearing sandals and/or a particularly colorful kippah.

Of course, time goes by. We and our definitions evolve. My first visit to Israel was at 26, and it was only seven years later, in December 2004, that my wife and I became Israelis, as did our children, when we made aliyah.

And as Israelis, we all know that one person’s Zionism (see: Jeremy Ben-Ami) may not be another’s (see: Aryeh Eldad). And while it is important for each of us to be clear on what Zionism is to us, it is also important for us to respect Zionism as it is defined by others.

As the PR/marketing advisory board member of Tmura – the Israel Public Service Venture Fund, I have spent significant time with founder Yadin Kaufmann and executive director Baruch Lipner discussing how to move the organization’s marketing efforts forward on a consistent basis.

And with now almost 250 high-tech companies contributing stock options to Tmura and more than 24 million shekels being donated by Tmura to youth and education initiatives in Israel, it is clear that Tmura’s model works. But it is equally clear – and important – for us to celebrate what Tmura has accomplished in Zionistic terms, as it celebrates this year its 10th anniversary, given the organization’s focus on the next generation.

We all know about the sacrifice of Israel’s founding fathers (and mothers) for the sake of making Israel a reality. But let’s face it. Herzl, Jabotinsky, Rav Kook – they were gone before Israel even existed. David Ben-Gurion was 61 when he proclaimed Israel’s independence. Chaim Weizmann was 73 at the time. They all knew they were not fighting, plowing, fundraising and praying for their own benefit. They were doing so for future generations of Jews.

In general, when we look at who is impressive, whether in the world of high-tech, science, education, finance or art, it is those who build. Warren Buffett is not amazing because he is rich. He is amazing because he has built something unique and successful by having a vision for the future decades ago.

Sometimes, as a PR executive who generally focuses on helping Israeli high-tech companies communicate their products or services to the world outside Israel, it is easy to focus on the day to day and not appreciate the long-term impact on the state of Israel from the work I do.

But it is up to each of us to remind ourselves that the work we do is not about all of us being fat and happy today. It’s about us continuing to work hard to ensure a better tomorrow for our children.

In fact, when leaders demonstrate that all they care about is today (see: Moshe Dayan stealing archeological artifacts or Dan Halutz selling his personal stock portfolio when the Second Lebanon War broke out), that’s when we find them truly repulsive.

Yes, people like Ben-Gurion, Herzl, Jabotinsky and Rav Kook had us in mind during their lives. And that’s how I would hope our leaders think today.

I look at my children today and wonder what their definition of Zionism will be. Will it be finding a way for high-tech entrepreneurs to contribute in a new way to Israel’s future, like Tmura 2.0? Will it be focused on helping all Jews to love one another?

I don’t know. Ultimately, our children will define Zionism in a way that will make sense to them.

But today we should have the following in mind as we go about our business, whatever that business may be: Is what we are doing playing a role in building a stronger future for our children and grandchildren as Jews here in Israel? 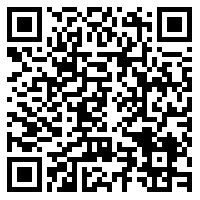