I’m Jewish and I’m American, but what am I first? It’s a question I sometimes ask myself, followed by “What does it matter anyway – do I have to be one or the other first?”

I take pride in being both American and Jewish and while I believe some people just identify with both and leave it at that, I also think it’s natural to consider which identity is foremost to you.


Sure, you can have two identities — indeed, in today’s world people seem to have multiple identities in the realms of religion, nationality, profession, marital status, even gender and sexual identification, but isn’t there often a prevailing identity that defines a person overall?

And while people can wear multiple identities comfortably, there may, at times, be conflicts that push a person to make some challenging choices.

Take, for instance, the Obama administration’s Iran deal. Did you oppose it because you thought it wouldn’t be good for Israel or did you support it because your government approved it? If you voted for candidates for political office on the basis of whether they supported or opposed the deal, isn’t that making a statement about your preferred identity?

Surely, though, there are people who identify first as Jews but who supported the Iran deal, rationalizing that it was good for Israel, just as there are Jews who were against it because they thought it was harmful to Israel.

America and Israel have long been great friends but let’s suppose, hypothetically, that they found themselves at war with each other. Which side would you be on?

(Prior to serving three terms as mayor of New York, the late Ed Koch was a congressman. At a congressional prayer breakfast in the 1970s, Koch responded to the question of Jewish “dual loyalty” by raising his right hand and declaring, “If Israel ever invades America, I shall stand with America.” The very absurdity of Koch’s hypothetical scenario delighted his colleagues, disarming even those who may have harbored such questions.)

Those are four different ways of saying something, and I’m sure people will ask: Aren’t they all the same?

As a writer whose life revolves around words, things like this jump out at me. If I say I am an American and a Jew, I feel I am saying I have two distinct identities, but I’m an American first.

Again, some people may regard these differences as subtle or even trivial, but to me there are mountains of differences between them.

If you’re on the same page with me as to the differences, then coming up with who you are – that is, how you identify yourself – can be a complex undertaking.

To help answer the question I might look next to what came first – being a Jew or an American, as well as the heritage of each and what matters or impacts me most.

I was born Jewish but I was also born in America. I could say my DNA is Jewish so it doesn’t matter where I was born because wherever it was, I’d still be Jewish. Then again, if Americans hadn’t fought valiantly over the years – with untold numbers giving their lives – for liberty and freedom, I might never have been born, period.

Would it make more sense if I said I was born an American who comes from a Jewish heritage? I don’t like this way of expressing my identity either because it sounds like I’m stuck with the heritages into which I was born.

Maybe it all comes down to allegiances. I cannot fathom any frum person, to whom love of Hashem and Torah are everything, not having an unswerving and primary allegiance to his or her religious and spiritual inheritance.

So after all is said and done, what’s first for me — Jewish or American? It all comes down to this: you can take me out of America, but you can’t take the Jewish out of me.

There can, therefore, only be one answer: I am indisputably, undeniably, incontrovertibly Jewish first. 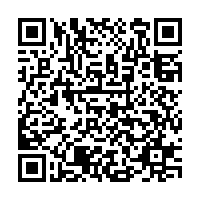