Dozens of security prisoners who had been released from Israeli jails were told on Sunday that the Palestinian Authority had cut off their salaries for May – which they expected to collect in their local banks on the fourth of the month, the Safa news agency reported.

Head of the Center for Prisoners’ Information Abdul Rahman Shedid told Safa that dozens of freed prisoners had been surprised Sunday when they approach to receive their salaries from banks operating in the PA and the Gaza Strip and were told there were no checks for them.

Shedid condemned the PA’s move, saying that it came “in response to the pressure of the ‘occupation’ in the first place,” and describing it as an unpatriotic and immoral.

He called for the PA to reverse its decision, warning that his group is considering a swift response with freed prisoners and their families in both the PA and the Gaza Strip.

President Trump reportedly yelled at PA Chairman Mahmoud Abbas during their meeting in Ramallah, accusing him of reneging on his commitment to stop incitement and cut off payments to security prisoners in Israeli Jails and to their families. 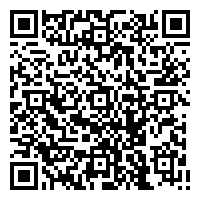