Rashid Khaledi and the Ramaz School have together taught us something very important – if only we would listen: There are no two sides to some questions.

Khaledi is the tweed-coat wearing proponent of Palestinian “resistance” against Israel, by which he means the murder of civilian Jews who live there or advocate the position that Jews are entitled to live in Israel, including Yehuda and Shomron, as a sovereign, Jewish nation. When Khaledi was invited to speak at the Modern Orthodox Jewish Ramaz School by some of the children enrolled there, the school’s leaders had sense enough to say “no.” There followed the usual cries that by doing so Ramaz was hiding its students from meaningful debate.


The debate about debate among the tribunes of “opendmindedness” always boils down to the same thing: surely, if you are openminded, you should pay for a platform and hand it over to any person.

Nice people are often befuddled by this argument. The reason is not hard to find. But neither is the flaw in the argument – if only people believed in themselves just a little bit.

At least as far back as Justices Brandeis and Holmes, Westerners have prided themselves on an open marketplace of ideas, where the strength of every argument is measured in debate. No-one need be afraid of any argument, the argument goes, because if it’s weak it’ll lose. The only wrong in debate is refusing to admit all comers. Westerners do not know how to acknowledge any principle about debate other than this one.

The result of that failure is the insistence that all arguments must be given a respectful hearing. Therefore, it is said to follow, anyone who tries to rule out an argument or an arguer is committing the one true sin, restraining competition in the marketplace of ideas.

The flaw in this reasoning is that it insists we must give airtime, and brain time – that is, your money and attention, and mine – to people who advocate things we know to a certainty are false and bad. But that’s obviously wrong. To start with the easiest case, not even Khaledi or his apologists would insist on equal airtime for an advocate of the separate but equal doctrine as applied to black people. We know it’s wrong, and we know it’s false.

So we don’t engage the advocates for such things in debate. We don’t use the police to silence them, of course, or stop those like them from marching in Skokie, because we are truly committed to the marketplace of ideas. But because their position is so clearly wrong, we never hand the advocates for this view a podium, or pay for a microphone for them, or set aside space in our auditoriums, or advertise their speeches in our university newspapers or the newsletters of our churches or synagogues. We don’t welcome such people respectfully, or listen to them, or insist that others listen to them in the name of openmindedness or tolerance.

Jewish self-respect mandates that we do the same with people who advance, as a serious argument, the idea that it’s justifiable under certain circumstances to murder Jewish civilians who live in Israel. Anyone who advocates for such murder does not deserve to be taken seriously, or respected, or given a podium to speak to us or our children. Jewish civilians have the right to live. Anyone who thinks it’s ok to kill civilians in Israel–ever — thereby puts himself out of the arena of serious debate.

That’s equally true if the advocates for such murder dress up the right to kill civilians and call it “resistance,” as if suicide bombers at a Jerusalem pizzeria are the same as the French resistance that battled the Wermacht. 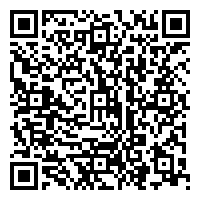