If you were wondering how long would the Orthodox Jewish daughter of Republican presidential hopeful Donald Trump be able to keep silent over her father’s lewd comments about his behavior with women, recorded in 2005, the wait is over. In the midst of a campaign in which her father is trailing his opponent by an average of six points nationwide, Ivanka Trump, who said in a statement to Fast Company this week, “My father’s comments were clearly inappropriate and offensive and I’m glad that he acknowledged this fact with an immediate apology to my family and the American people.”

Ivanka-Yael Trump converted to Ortheodox Judaism in July 2009, after studying with Rabbi Elie Weinstock from the Ramaz School. In her exchange with Fast Company, she described her ordeal of the past eighteen months, both as a daughter and a religious person, as “a surreal experience.”


“I mean, it’s been a year and a half of enormous scrutiny, of my family, every business, every movement, action,” Ivanka reported. “But I think that, you know, that sort of comes with the territory. And I think I’ve probably learned a lot through it and I’ve probably grown a bit tougher in terms of my resilience toward what is thrown our way because, you know, I’ve read some very negative stuff.”

She added, “The greatest comfort I have is the fact that I know my father. Most of the people who write about him don’t. I do. […] So that gives me an ability to shrug off the things that I read about him that are wrong.”

Back in July, David Benkof wrote in The Daily Caller that “unnecessarily highlighting someone’s status as a Jew-by-choice implies she is somehow less than fully Jewish, and in fact it’s directly prohibited by Jewish law (Bava Metzia 58b).” He continued: “Am I suggesting that the secular press feel bound by Jewish law? Of course not. But for decades journalists have refrained from reporting on the race of criminal suspects except when it’s directly relevant (such as when the suspect is at large or when the crime revolves around race). I recommend a similar approach here: discuss how Ivanka Trump became Jewish only when directly relevant.”

So, in keeping with Berkof’s recommendation, we admire Yael Trump for holding on to her Jewish core despite the “surreal” environment in which she is living these days, and wish her a good, healthy, Jewish sigh of relief come November 9, regardless of who wins this thing. 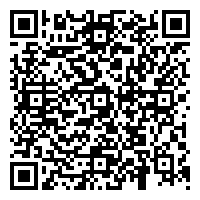