“A Song of Ascents. When the Lord brought back those that returned to Zion, we were like dreamers… Then among the nations they would say, God has done great things with these…  They that sow in tears shall reap in joy.”

Tears and happiness are intertwined – this is the picture of our generation, 70 years of national revival.

Some points on this historic evening:

Such is the salvation of Israel. Little by little. Light and darkness mixing together.

We made tremendous strides this evening, even if it is imperfect.

American recognition of the biblical and historical right of the Jewish people to the entire Land of Israel is a significant stage of fulfillment in the words of the Prophets. A nation cannot be occupiers of its own country!

It was proven today, as has been happening over and over again for more than 100 years of Zionism, that facts of the ground bring international recognition. We will realize immediately, and as an intermediate stage, this recognition of the existing settlement areas, and we will continue to establish facts on the ground in the rest of the Land of Israel. World recognition will come to them too, with God’s help.

The discussion of sovereignty prevailed.

When we started talking about the settlements and lobbying for the Land of Israel in the Knesset, if we had been told that within a few years that sovereignty would be applied over all the settlements, no one would have been believed it. We were simply dreamers. What didn’t they say about us – that we are delusional, messianic, not real. On Sunday this will happen. Dare to win. We will continue to dare and with God’s help, win more and more.

The plan, as it was presented today by President Trump, also has bad and dangerous parts that, even if no one believes – including the Americans themselves – that it will be implemented, it should not even have even been declared.

The good news is that the Israeli government is not required to accept the plan.

The Americans are content with Netanyahu’s general and personal “yes” in his speech to negotiate in the future if and when the Arabs fulfill their conditions, and in fact become Scandinavians – which of course will never happen.

The government’s decision will only include the good part of the plan – applying immediate sovereignty to the entire settlement. For everything else, only President Trump spoke and that doesn’t bind us. For us, it is sovereignty now, and an Arab state never.

We continue to oppose any kind of Arab sovereignty in the Land of Israel and the transfer of even one inch of it. Neither today nor the future, neither explicitly nor implicitly. In this sense, we do not accept the American plan but take the good parts of it. Complex, but possible.

Let me allow myself to appreciate that the Americans also know that there is no chance in the world that the Arabs will implement the program under these conditions, and they’re counting on it. In fact, they [the Americans] stand by Israel and pay “lip service” to the Arabs.

In recent days, I have been debating a lot about whether God is giving us an opportunity at this time, or if He is putting us to a test.

I tend to think He is giving us a tremendous opportunity. President Trump is a true friend of Israel, and he has proven it in a series of acts. He is surrounded by Israel-loving Jews and relies politically, to a great extent, on the evangelicals who support Israel.

We will take with both hands the gift that God gave us through his messenger in the White House, and we will continue to work, with God who returns his abode to Zion in mercy, and endeavor to be worthy and deserving of the next gifts – in the rest of the Land of Israel.

This article has been translated from its original Hebrew. 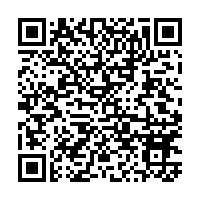