In his column in Haaretz last Thursday, Gideon Levy bemoaned that terrorism “is the only way open to the Palestinians to fight for their future … the only way for them to remind Israel, the Arab states and the world of their existence. If they don’t use violence, everyone will forget about them.”

Levy was reacting to the killing spree in Israel that claimed the lives last week of 11 innocent people and left many others either physically wounded or psychologically traumatized. He failed to point out that two of the deadly attacks were committed by Arab citizens of Israel, not Palestinians, who had pledged allegiance to ISIS.


Though Levy has an extremely dim view of the Jewish state, he is well-versed in its history and current events. His failure to make the above distinction, then, was not due to ignorance or oversight.

No, the reason that he left out the identity of the perpetrators of the attacks in Beersheva and Hadera was that neither could serve as an example of the so-called ills of Israeli “occupation.” And he certainly wasn’t going to rethink his position on the Islamist angle to the story.

Instead, he was able to imply a natural affinity of Arab Israelis to their Palestinian brethren. And while at it, he—like his left-wing colleagues—could allude that Israel is at fault not only for a lack of a Palestinian state, but for abuse of its Arab citizens.

In this case, however, he also blamed the international community.

“When [the Palestinians] are quiet,” he wrote, “interest in their cause evaporates and fades from the agenda of Israel and the rest of the world.”

He went on to slam the Israel-initiated summit in the Negev, where the foreign ministers of the United Arab Emirates, Bahrain, Morocco and Egypt gathered early last week to strengthen the Abraham Accords. The way Levy saw it, those diplomats were sending a message of indifference to the Palestinians: that their plight was of no concern; that there were “more urgent matters and more important interests” on the agenda.

In the first place, though the historic event was held to discuss countering the Iranian threat, U.S. Secretary of State Antony Blinken made sure to highjack the proceedings and highlight the Palestinian issue. Naturally, other participants echoed the “two-state-solution” mantra.

Secondly, U.S. Ambassador to Israel Thomas Nides, like the administration and Democratic Party from which he hails, has been focusing obsessively on the Palestinians since taking up his post in December. “The idea of settlement growth infuriates me,” he told the far-left NGO Americans for Peace Now in a March 15 webinar, for instance.

“We can’t do stupid things that impede a two-state solution,” he stated. “We can’t have the Israelis doing settlement growth, in east Jerusalem or the West Bank. Listen, I can’t stop everything. Just so we’re clear. And I have to pick my battles. [The advancement of construction within the municipal boundary of Ma’ale Adumim] E-1 was a disaster… it’s a very important area, which, if done, could cut off any possibility of a capital for the Palestinians.”

But, even in the lead-up to the Negev summit, he couldn’t resist inserting the Palestinians where they didn’t belong. In a pre-recorded speech to the UAE-Israel Business Council, he said that Israel’s normalization agreements with Muslim-majority states is “not a substitute for Israeli-Palestinian peace.”

Blinken reiterated this at the convention itself. “The regional peace agreements are not a substitute for peace with the Palestinians,” he declared, as news of yet more carnage reached the Kedma Isrotel hotel in Sde Boker, site of the high-level meeting.

So much for the claim that the latest wave of terrorism stems from Palestinian frustration at being ignored. It’s such a ludicrous lie that Levy himself exposed it—albeit unwittingly—in the conclusion to his op-ed.

Referring to Foreign Minister Yair Lapid’s comment to Blinken—”This is where it all began”—beside the grave of Israel’s first prime minister, David Ben-Gurion, Levy was characteristically snide.

“What were they thinking?” he asked. “That they’d have their pictures taken, smile and embrace and visit the grave of Israel’s founder, the commander who oversaw the nakba [the ‘catastrophe’ of Israel’s establishment in 1948] … and the Palestinians would cheer?”

There it was: an admission that the nakba is and always has been at the root of the conflict, which is why statehood alongside Israel is not the remedy that the Palestinian Authority is seeking. Meanwhile, jihadists don’t even pretend for Western consumption that peace with the Zionist “entity/enemy” is the ultimate goal.

Nevertheless, Levy wondered how the likes of Lapid and Blinken could have imagined “that the Palestinians would see how they were being left bleeding at the side of the road and stay quiet, [or] be satisfied with the colorful candies the [Israeli] government tossed at them in honor of the [summit]—20,000 work permits for laborers from Gaza.”

As it happens, the only Palestinians “left bleeding” were those shot while in the act of slaughtering Jews, a Christian, a Druze and two Ukrainian nationals. As for “colorful candies,” well, lots were being distributed by Palestinian activists in Gaza, Judea, Samaria and eastern Jerusalem to celebrate the murders and honor the “martyrs” who carried them out.

Sadly for the terrorists’ next victims, this reality doesn’t jibe with the dangerous false narrative that Levy and his ilk in Washington insist on promoting. 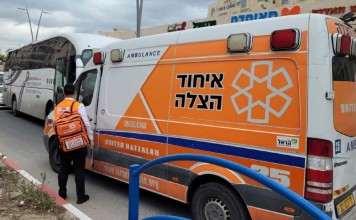 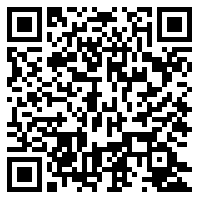