On Monday, Jewish presidential candidate Eric Zammour tweeted: “Why no media, no politician, no member of the government talks about the death of Jeremy Cohen, beaten up by scum?”

Jeremy Cohen was crushed to death by a tram in Bobigny, a town, in the northeastern suburbs of Paris, shortly before 8 PM on February 16, 2022. A video recently posted on social media shows that he was beaten up by several individuals and was trying to escape before his death. The victim of cardiorespiratory arrest and head trauma, he died shortly after midnight in hospital – from what was believed to have been an accident. But the reality appears to be quite different. The family of the young man, who distributed flyers calling on witnesses to come forward, discovered videos that had been taken by witnesses that evening. Warning: the image is very graphic.

Relatives of the deceased told the story in a Saturday night show on Radio Shalom Paris, a community-based radio station broadcasting Jewish programming. They revealed that one of the videos, recorded by a tourist from Dubai and recently relayed on social networks, shows that the young man was beaten up by several individuals before fleeing and being crushed by the tram. The video was reportedly transmitted over the weekend to the IGPN (General Inspectorate of the National Police) for judicial investigation

The hashtag #JeremyCohen was trending on Twitter all day Monday. Zammour’s right-wing rival, National Rally presidential candidate Marine Le Pen, deplored in a tweet “the silence on this affair,” and wondered if this had been “an antisemitic murder.”

Zammour hammered the message in relentlessly: “The images of Jeremy Cohen’s death are chilling. The death of yet another of our children and the deafening silence on the facts for two months revolt me. Did he die when fleeing scum? Did he die because he was a Jew? Why is this case hushed up?”

Another candidate, environmentalist Yannick Jadot, tweeted: “All light must be shed on the circumstances of the death of Jeremy Cohen, his attack before he was hit by a tram in Bobigny.” And Jean-Luc Melenchon, founder and presidential candidate of La France Insoumise (“France Unbowed,” or “France in Revolt”) also insisted, “All the light must be shed.”

That same day, at 4 PM, whether because the popular journalist-turned-politician Zammour and his competitors on the right had shed so much unexpected light on the affair, or because the authorities had finally gotten around to inspecting the affair, the Bobigny prosecution issued a press release stating: “Following the death of a young man knocked down by a tram in Bobigny on February 17, 2022 (they were off by one day – DI), an investigation was launched at the Bobigny police station initially for involuntary homicide.”

The daily Le Figaro cited a source close to the investigation who revealed that police had ignored what they considered a commonplace passenger accident because the cameras on the public highway did not work that day.

However, according to the prosecution, “quickly the elements collected made it clear that a few moments before the accident, the victim had been subjected to violence. A second investigation was opened for intentional violence. … The two investigations were carried out in parallel. The hypothesis that the victim crossed the tram tracks to escape his attackers was naturally taken into account.”

“Following various contacts and an appointment with the lawyers of the victim’s family … it was decided to combine the two procedures in a single judicial file and to launch, on March 29, 2022 (if we believe them – DI), a judicial investigation aimed at the highest quality possible at this stage of the investigations: intentional violence that led to unintentional death,” the Bobigny prosecution press release concluded.

The investigation is now continuing under the authority of an investigating judge and has been entrusted to the judicial police of Seine-Saint-Denis.

Was Jeremy Cohen’s attack antisemitic as a surprising number of right-wing presidential candidates claim? In its press release, the Bobigny prosecutor’s office does not mention the victim’s religious affiliation.” A French Jew being murdered by what appears from the video to be a gang of Arab youths supports the anti-foreigner ideological line of everyone to the right of President Emmanuel Macron, who should win the coming election unless some game-changing sordid affair erupts and threatens his chances.

Did the attackers know their victim was Jewish? His brother told Radio Shalom: “He had a yarmulke but I wasn’t with him when it happened. I can’t tell you if he was wearing it or not.”

According to Jeremy Cohen’s family, the victim’s white yarmulke was found by investigators at the scene. “Our concern is to convince and to move forward with the judicial authority without any delay,” said the family lawyer Franck Serfati, adding: “The Cohen family is not here to cry about antisemitism. That could distort the facts and constitute prejudice. But we must not exclude at the moment that antisemitism wat is the aggravating element.” 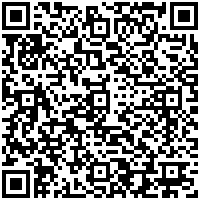