If you haven’t located that elusive city connected to seventy identities, a plane, bus or the light rail can transport you to it: a holy spiritual center, an ancient modern city – combinations that evoke weird and wonderful reactions from devotees and detesters, the sane and insane.


There is no other location with seventy exquisite names – Ohaliba, Gila, Yedidut, Shalem, etc. – names that express sentiments of love and joy, of friendship and peace; seventy choice callings found in Tanach and Talmudic texts, known foremost as Jerusalem.

Jerusalem is not my birth city. Jerusalem is my home. Sacred and ancestral, it is the city of kings and prophets, a city that has known countless wars and total destruction. Yet our generation has merited a revitalized Jerusalem, a thriving city atop layers of antiquity, Israel’s captivating capital.

Modern-day Jerusalem is nothing short of a miracle and one of the days for celebration is the 28th of Iyar, Yom Yerushalayim – Jerusalem Day. Not everyone revels on that joyous occasion; the defeated abhor Jewish expansion, Jewish presence, and Israeli success. Some prefer life as it was pre-1967; a city of barbed wire, sporting a belted waistline, mapped in green.

But I, who have lived here for fifty-four years, and nearly everyone else who experienced a Jerusalem divided by ugly concrete walls and twisted piercing wire, where Jordanian Legionnaires on Mamilla rooftops shelled and fired at Jews below, cannot ignore the miraculous fulfillment of prophecies worthy of celebration.

* * * * * Malls are not my favorite shopping habitat. Some are so overwhelming in size and sound, so excessively commercial, so physically exhausting. Still, there is one mall, only one, that touches a chord in my heart; not because of fashionable shops, cafés, or the artwork displayed, although admittedly they enhance the atmosphere. My affection stems from historical significance, a sense of triumph when reflecting, when sitting on a bench or walking along the stony paths surrounding the mall.

It is on Jerusalem Day, when I visit Mamilla, built above ruins of a shopping street opposite the Old City walls, that I reminisce.

Mamilla is an elongated stretch, a street that includes upscale housing, hotels, plus a mall – and Jerusalem Day is when I recall that 66 years earlier Jewish shops were looted and destroyed and shopkeepers were chased and slain by Arab marauders who thirsted for the area to be rid of Jews forever.

In their lust for blood, they turned the street into ruins. Few aspired to live or pursue business ventures in bombed-out buildings on the Jordan-Israel armistice line, on land that no one ever imagined would one day become coveted, exclusive property. Ironically, the word Mamilla, which may be Arabic, is strongly rooted in Hebrew: maleh, mimale, i.e., full, and fulfilling.

The Six-Day war was fought fiercely and swiftly. Israel did not expect to fight on three fronts. King Hussein’s decision to join the Egyptians and Syrians and declare war, forced Israel to defend Jerusalem by opening a third front.

On June 5, 1967, Jerusalemites sat in bomb shelters. I was among them, a 26-year-old mother of two young children, an American who had never experienced war and was traumatized by events surrounding the seemingly peaceful Rechavia neighborhood where we lived.

Mamilla, an ugly border street, was only a few blocks away. An army platoon was stationed in our backyard, situated in the Rechavia Valley. Three weeks before the war kindergarten children started filling protective sandbags while the Chevra Kadisha dug graves for the anticipated mass fatalities. 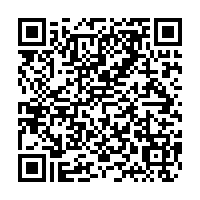