Something rather unexpected and disturbing occurred in the Knesset, Israel’s parliament, on Nov. 21. A bill recognizing the 2014 slaughter of the Yazidi minority in Iraq by ISIS terrorists as a “genocide” was voted down by a margin of 58-38 against.


It was unexpected for several reasons. To begin with, both the government of Israel and Jewish organizations around the world instantly recognized the slaughter for what it was during that terrible summer that witnessed thousands of Yazidis brutally murdered, and more than 7,000 young women and girls kidnapped for use as sex slaves by the very same killers of their families.

Speaking to the U.N. General Assembly in September 2014, Israeli Prime Minister Benjamin Netanyahu introduced his remarks with a fulsome condemnation of “militant Islam,” declaring: “Typically, its first victims are other Muslims, but it spares no one. Christians, Jews, Yazidis, Kurds—no creed, no faith, no ethnic group is beyond its sights.” On a more local level, there were several wonderful initiatives by Jewish groups to assist Yazidi survivors. For example, the Winnipeg Jewish Federation’s “Operation Ezra,” sponsoring Yazidi refugee families, and the efforts of Montreal-based Jewish businessman Steve Maman (not unreasonably dubbed the “Jewish Schindler”) that led to the release of more than 100 Yazidi girls from the clutches of their ISIS masters.

The Knesset vote was disturbing on purely moral grounds. As the bill’s sponsor, Knesset member Ksenia Svetlova of the opposition Zionist Union, pointed out: “Israel was created from the ashes of the Holocaust, we are obligated to recognize the suffering of others.” One might add that there is a precedent even closer to home: During the first half of the 20th century, Jewish communities from British Mandate Palestine to Iraq were subject to persecution and violence at the hands of Islamists and Arab nationalists, resulting in their complete uprooting after World War II. So the parallels between Jewish suffering and that endured by the Yazidis are, sadly, all too clear.

True, to expect that states will always choose the morally upright path in their policy decisions—something that many people generally expect of Israel, often unreasonably, while citing the Holocaust as the reason—is to defy the historical record. Even a cursory glance at Israel’s history tells you why its military leaders and diplomats have, like their peers abroad, typically identified with the realist school of international relations, for which ethical consistency and empathy are, at best, subsidiary concerns. For example, Israel’s reluctance to recognize the Ottoman Turkish genocide of the Armenians isn’t really based on a consideration of the facts of the case, but on a strategic decision not to further strain relations with Turkey by insulting Turkish national honor.

What’s galling in the Yazidi case, however, is that there is no state like Turkey in the equation, which would at least explain, if not justify, the Knesset vote. But that hasn’t apparently prevented the Israeli foreign ministry from thinking along similar lines. In an interview with Seth Frantzmann—a courageous Israel-based journalist who has reported from the frontlines of Syria and northern Iraq—MK Svetlova, the bill’s sponsor, said that the “government parties opposed it because the ministerial commission for legislation decided that on Sunday.”  She also told Frantzmann that she had gotten the sense that “the foreign ministry is worried about moving too fast on this issue.”

Svetlova’s account seems consistent with the Israeli government’s own explanation of its position. During the Knesset debate, Deputy Foreign Minister Tzipi Hotovely justified opposition to the bill on the grounds that the United Nations had not recognized the ethnic cleansing and murder of the Yazidis as a “genocide,” as understood by the 1951 Convention on Genocide.

Svetlova was far from alone in pointing out the irony of Prime Minister Netanyahu’s government, which rightly excoriates the United Nations for its discriminatory treatment of Israel—citing the U.N.’s conclusion on a matter of human rights as justification for its own. But it’s also, even more unfortunately, not the whole truth.

While the U.N. Security Council, the U.N.’s sovereign body, has not explicitly recognized the suffering of the Yazidis as a genocide, it manifestly has not ruled that conclusion out either. Firstly, UNSC Resolution 2379 of September 2017 notes that ISIS committed crimes “involving murder, kidnapping, hostage-taking, suicide bombings, enslavement, sale into or otherwise forced marriage, trafficking in persons, rape, sexual slavery and other forms of sexual violence, recruitment and use of children, attacks on critical infrastructure, as well as its destruction of cultural heritage, including archaeological sites and trafficking of cultural property”—all crimes that can be prosecuted under the Genocide Convention or similar human-rights instruments, such as the 1990 Convention on the Rights of the Child.

Secondly, the purpose of that resolution was to establish a U.N. investigation into whether ISIS terrorists can be held accountable, in the resolution’s own words, “for acts that may amount to war crimes, crimes against humanity or genocide committed by ISIL (Da’esh).” Given the documented evidence of ISIS crimes against the Yazidis and the specific wording used by the United Nations, to argue that the international body does not consider this to be a genocide is to raise pedantry and diplomatic caution above principle.

More plainly, this was a bad, bad day for Israel’s parliament. The Knesset’s decision will have disappointed many Israeli voters, along with Jews abroad who would like Israel to show the same leadership on the issue of genocide-prevention that it displays in its responses to humanitarian disasters around the world. Svetlova now says she will reintroduce the Yazidi genocide bill in six months; let’s hope the Knesset gets it right next time. 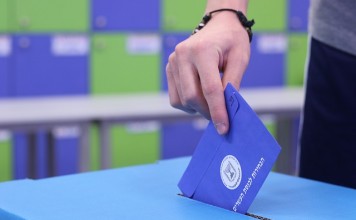 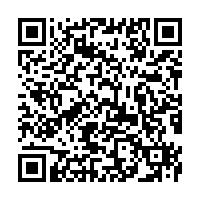