The family of the terrorist who murdered Ari Fuld Hy”d in a stabbing attack at the Gush Etzion junction last September on Tuesday morning received a notification about the IDF’s intention to demolish their apartment on the third floor in a three-story building. The terrorist’s family now has until Sunday to appeal the demolition.

Ari Fuld, father of 4 from Efrat in Gush Etzion, was murdered by Khalil Jabarin, 16, from the village of Yatta. Immediately after Fuld had been stabbed in the back, he pulled out his own gun and fired at the terrorist, disabling him and preventing him from harming other civilians. Fuld was then rushed in critical condition to the trauma center at Shaare Zedek Medical Center in Jerusalem, where the doctors eventually declared his death.


The terrorist’s interrogation revealed that he had intended to carry out a stabbing attack in the Cave of the Patriarchs in Hebron, but when he arrived there he recoiled from the size of the security force in the area and left without managing to enter the holy site. He went home and waited two days until September 16, when he set out for the Gush Etzion junction with a knife in his backpack.

Jabarin hid the knife in a bathroom cubicle on the second floor of the Rami Levy supermarket near the junction. He then went out to scout the area. He raised the suspicion of two security guards, who searched him, but let him go when they found no weapon on his person.

Jabarin returned to the bathroom stall, took out the knife and waited for a long time, scanning the people who passed by. When Ari Fuld turned his back on him, the terrorist took out the knife-and stabbed him. Fuld was able to fire and neutralize his assailant before succumbing to the stabbing wounds.

After Jabarin’s arrest, security forces raided his family’s building and took measurements of their apartment ahead of the demolition order. 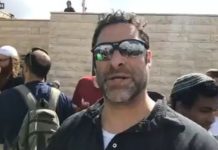 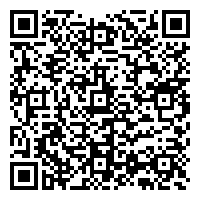