Makor Rishon police and courts reporter Netael Bandel on Monday night tweeted that AG Avichai Mandelblit had declared: “There is no such thing as a Palestinian state.”

According to Bandel, in a meeting with Bar Ilan University students on Monday, Mandelblit said he intended to issue an opinion soon, according to which the International Court of Justice in The Hague has no authority to discuss what it calls the Israeli-Palestinian conflict, “This is because, as I said, there is no such thing as a Palestinian state.”


For the record, the entity State of Palestine is recognized by 136 UN members and since 2012 has had a status of a non-member observer state in the United Nations – which could be taken to imply a recognition of statehood. It is a member of the Arab League, the Organization of Islamic Cooperation, the G77 (a coalition of 134 developing nations), and several international associations, such as the International Olympic Committee and FIFA.

On January 16, 2015, following an appeal by the Palestinian Authority (which in itself violated the principles of Oslo Accords), Fatou Bensouda, the Prosecutor of the International Criminal Court, announced the commencement of a preliminary examination of the “Situation in Palestine” to determine “whether there is a reasonable basis to proceed with an investigation.”

According to the ICC, the PA had standing to file its appeal because it is a signatory to the Rome Statute of the International Criminal Court.

This and all other international threats against the Jewish State are the direct result of the 1993 Oslo treaty, the gift that keeps on giving. Naturally, no matter how many legal opinions to the contrary the AG may produce, the only solution to the monstrous growth of the virtual Palestinian State would be the elimination of the Oslo treaty as well as the Palestinian Authority, based on a long list of recorded violations of the same treaty by the PA. 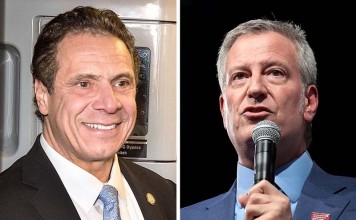