There is much to say about last week’s Wall Street Journal report on the further deterioration of U.S.-Israel relations under President Obama and Prime Minister Netanyahu. But there’s one aspect in particular that stands out. And that is the fact that if the basic structure of arms transfers from the U.S. to Israel is described accurately in the story – and it appears it is – the last refuge of Barack Obama’s defenders on his attitude toward Israel has evaporated.

Obama never hid his contempt for the Israeli government or the majority of Israel’s voters. Even as a candidate in 2008 he let loose, ranting about Likud in a way that showed his lack of understanding of the basics of Israeli political life as well as his desire to push back on Israel’s supporters in the U.S.


After he became president, only the most dedicated leftists were surprised when he, in entirely predictable fashion, picked silly fights with Israel and tried to collapse its elected governing coalition. (Though it can also be argued that those leftists were cheered by this course of action.)

There was always, however, one defense Obama’s “fanboy”s in the media would fall back on: at least he is dedicated to ensuring Israel has what it needs to defend itself. This was generally thought to be a fair point, though never as compelling as they hoped it would be. After all, “Obama hasn’t abandoned Israel to a bloody genocide at the hands of its neighbors” is quite a low bar to clear.

But the Journal story takes apart the idea that Obama has always had Israel’s back when the chips were down:

White House and State Department officials who were leading U.S. efforts to rein in Israel’s military campaign in the Gaza Strip were caught off guard last month when they learned that the Israeli military had been quietly securing supplies of ammunition from the Pentagon without their approval.

Since then the Obama administration has tightened its control on arms transfers to Israel. But Israeli and U.S. officials say that the adroit bureaucratic maneuvering made it plain how little influence the White House and State Department have with the government of Israeli Prime Minister Benjamin Netanyahu – and that both sides know it.

The munitions surprise and previously unreported U.S. response added to a string of slights and arguments that have bubbled behind the scenes during the Gaza conflict, according to events related by senior American, Palestinian and Israeli officials involved.

So the essential resupply was not approved by Obama, because it didn’t have to be. It’s simply the default setting: the two countries’ defense departments have military cooperation on autopilot. But when Obama found out, he put a stop to the automatic resupply. In other words, Obama sought to downgrade the U.S.-Israel military relationship.

A general defense of Obama on Israel’s security goes something like this, from Obama’s dedicated press ally Jeffrey Goldberg: “On matters of genuine security, Obama has been a reliable ally, encouraging close military cooperation, helping maintain Israel’s qualitative military edge over its regional rivals and, most important, promising that he won’t allow Iran to cross the nuclear-weapons threshold.”

You tend to hear some variation on that theme from time to time, usually when Obama is busy picking fights with Israeli leaders. Diplomatically, he may be consistently harsh on Israel, so the thinking goes, but at least he’s absolutely committed to Israel’s security. (The Iran part of that Goldberg quote, by the way, is also up in the air, considering the president’s consistent attempts to water down or derail sanctions on Iran and his desperation for a deal that lets Iran drag out the process.) 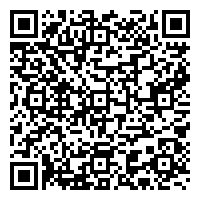