Last week, the Jewish world commemorated the “shloshim” (30 day mourning period) for the baby, Amiad Yisrael, who died just 3 days after being born. His parents were shot by an Arab, while waiting for a bus, at the entrance to the Jewish city of Ofra. His mother was pregnant with him at the time and she took several bullets to the stomach. Doctors in Shaarei Zedek hospital worked for many hours to save the mother’s life (which they did, Baruch Hashem) and were forced to deliver the baby, many weeks before he was scheduled to arrive. The little baby – born under horrific conditions – did not have much of a chance, and although the Nation of Israel prayed for him, he survived just 72 hours. His pure, innocent body was returned to Hashem on the 5th of Tevet.

Exactly 18 years ago – on the 5th of Tevet – at that same exact spot; the entrance to the Jewish city of Ofra, my close friends Binyamin and Talia Kahane were brutally murdered as well. It was Sunday morning and they were driving home with their 6 children in the van, from a beautiful Shabbat in Jerusalem. They dropped off their son, Meir Kahane, in his Yeshiva in Bet El and were proceeding with their 5 daughters to their home in Kfar Tapuach. As they drove past Ofra, an Arab opened fire on their vehicle, killing the 2 parents and injuring the children. Thankfully, all the children survived. Yet Binyamin and Talia – in their young 30’s – were murdered on the spot.


Same day; 5th of Tevet… same location; next to Ofra… 18 years later.
When I heard the news, and realized the date, I immediately asked myself – what have we learned in these last 18 years? How can we allow this to happen over and over again? Haven’t we realized by now that all the peace treaties in the world won’t stop the bloodshed? We give and give and give. We take “risks for peace” (how I hate that expression!). We drive Jews out of Yamit, then Gush Katif, then small settlements all across Judea and Samaria and what do we get in return… the 5th of Tevet with more burials and more Kaddish. We simply haven’t learned a thing in these last 18 years.

Enough is enough. Actually, it’s much more than enough! The time has come for the Zehut plan to come to fruition. For those who are unaware, Zehut (“Identity” in English) is a new political party in Israel that was started by myself and a few others, including Moshe Feiglin who is our party’s Chairman. The Zehut plan calls for assisted emigration for all Arabs living in Judea, Samaria and Gaza. Part 1 deals with those who want to leave and offers them full compensation for their homes (if built legally) and financial assistance to take their families out of Israel.

Many countries including Canada, Italy, New Guinea and Argentina have expressed an interest in adsorbing these immigrants who come as skilled workers in hi-rise construction (who do you think built the 50 story buildings in Tel Aviv??), road building, electrical engineering, plumbing and much more. These Arabs have been trained well by the Jews and they would be a welcomed asset to many countries in the world that are in desperate need of skilled labor. According to recent studies in Arab universities in Shechem and Ramallah, 70% of Arabs under 50 years old, living in Judea, Samaria and Gaza, want to leave Israel to pursue a life elsewhere. You read that correctly; 70% of what the world calls “Palestinians” – under 50 years old (PS: they are the trouble-makers) want to leave Israel… so let’s help them fulfill their dream! It is what they want, they have countries willing to take them and we will assist them financially… a “win-win” situation if I ever heard of one!

Once 70% have gone, the remaining 30% will know that a new sheriff has come to town. Part 2 of the Zehut plan calls for the removal of all police forces that are not the official Israeli police. The IDF will return to all areas of Israel and the entire land – every inch that was liberated in the miraculous ’67 war – will be annexed and made part of the Jewish State… yes, including Jenin, Kalkilya and Gaza. Anyone who violates the law will be punished severely and anyone who attempts to declare allegiance to a foreign government will be deemed a traitor and expelled from the country, without the compensation of those who left voluntarily. The dreams of a two-state solution inside the Land of Israel will be over forever. We will be one Jewish state with Jerusalem as its capital city! Jews will never again be afraid to walk anywhere in Eretz Yisrael and those who are not “members of the tribe” can remain, and live good lives, as long as they follow the rules.

Simply put, the current situation needs to change immediately. I am not naïve to think that this will happen overnight but I do believe that as soon as a new plan takes effect, things will begin to change. The leadership in Israel must take a strong stand in defending Jewish lives and property and send a message to the world that after 2,000 years we did not come back home to bury young Jews. We are here to build, plant, grow and prosper. We are dedicated to building a strong nation; both physically and spiritually and every step we take is closer to our ultimate dream of Redemption. May it happen very soon! 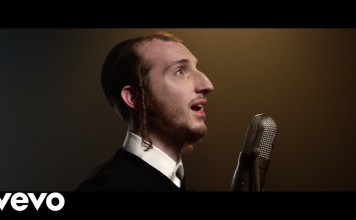 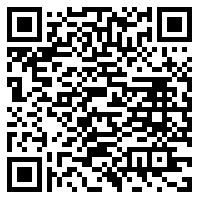