After the slanderous assaults on American Jews and on Israel by Congresswomen Rashida Tlaib and Ilhan Omar, there was a slew of condemnations from many sectors of the American political establishment and the Jewish community. Eliot Engel, Chairman of the House Foreign Affairs Committee, called on Omar to apologize and said: “I welcome debate in Congress based on the merits of policy, but it’s unacceptable and deeply offensive to call into question the loyalty of fellow American citizens because of their political views, including support for the US-Israel relationship. We all take the same oath. Worse, Representative Omar’s comments leveled that charge by invoking a vile anti-Semitic slur.”


James McDonald, who was appointed the first US ambassador to Israel in 1951, understood the vulnerability of American Jews to such slurs. He wrote in that year:

Israel, it must be remembered, is not only a nation among the nations but also a Jewish community among Jewish communities. Unique though it is in being a community not scattered but together, not a minority but a majority, not a factor in the State but its author and raison d’être, it is still one Jewish community among others. Because of its special position it has special problems in its relationships with the other communities…Against the extreme Zionist (or anti-Zionist) logician who holds that the Jew has a clear-cut choice – complete assimilation or return to Israel – stands the stubborn experience of history, which suggests that here again reality thrives on apparent inconsistency. Every available indication is that the Diaspora will continue to exist and will continue to face many problems in relation to Israel. One of these problems grows out of the old bogy of dual allegiance. Can one be a Jew and an American, a Jew and an Englishman? This problem is inherent, I think in the very nature of man as a complex being with diverse ends. All men have not single but multiple allegiances. If a Jew has an emotional sympathy for another State because in that State live other Jews, his attitude is no different from that of an American of Irish descent who has an affection for Ireland and interest in its welfare.

The (mis)perception of Israel is typically filtered today through a colonialist prism: Western powers implanted a Jewish state in the Middle East to control the region. Jews, the true indigenous population, are cast as doubly illegitimate. Not only is their state falsely depicted as a colonial invention, but they are misrepresented as a purely religious community rather than a national group and are therefore undeserving of statehood.

From the Jewish side, apathy, religious ignorance, and the deliberate substitution of “social justice” for traditional Jewish liturgy account for the decline in engagement with Israel. These instincts also show the danger of placing antipathy toward the Jewish state of Israel at the center of religious belief. The growth of disdain and guilt within American Jewry is particularly acute on the cultural left, which is trying to grapple with what Zionism means to them, their children, and their grandchildren in the absence of any strong feelings about Judaism or fellow Jews.

Jews have always had the bad luck to be blamed for political shifts on both the Left and the Right. They do not get a pass in today’s narrow worldview of identity politics, which more often than not is limited to minorities, or at least those who claim to be minorities. This is something Jews have a difficult time arguing for, despite their millenarian history as perennial minorities, which continues to date throughout the world (with Israel constituting the salient exception to this rule).

With the global normalizing of antisemitism, including in the US, Jews are being forced to question their Zionist values and the role of US-Israel relations to prove their morality and soul, and to avoid allegations of provoking or “using” antisemitism. To be clear, anti-Zionism – rejecting the Jewish right to national self-determination – is by definition antisemitic, no matter how one tries to turn it on its head.

Moreover, for both Jews and non-Jews, Holocaust imagery conjures up the misguided notion that the Jewish state was part of a compensatory deal struck to atone for the attempted genocidal extermination of European Jewry. From that wrong notion, the false conclusion is drawn that the state can be disestablished for the sake of redeeming the Palestinians, another (supposedly) abused people. Never mind that the analogy makes no historical sense – it was Palestinians who repeatedly sought to obliterate their Jewish neighbors. The claim is not made for the sake of clarity, but rather to hint at some hidden correspondence to justify an indictment of Israel as the emblem of evil.

All these stresses have fragmented American Jewry, changing the trajectory of American Jewish identity and its attitude toward Israel.

Former Israeli ambassador to the US, American-born Michael Oren, writes in his memoirs of the challenging years of the Obama administration:

After a half decade of tensions, we must begin the process of repair. The greatest single quality in a leader, I have long observed, is clear-sightedness. The foreign relations field is dense with fog, and the ability to see through it is essential. American and Israeli leaders must discern their confluent interests and work to realize them. They must restore those three “no’s” – no surprises, no daylight, no public altercations – in their relations. They must revisit the meaning of ally.

Beyond this, Jews worldwide seek normality, a quest to be accepted in the community of nations and within their societies.  McDonald was cognizant of that as well and cautioned:

While it is true that to find normality, the Jew needed a place to be himself, the din of propaganda has caused the Jew come to Israel…to confuse that need with the need to be “just like everyone else.”  He sometimes forgets that, like other people, he has to have his own character; that he has to share with others certain characteristics. The dangerous drive to be so much like other people that he becomes in reality no more than the least common denominator is a growing force in modern Israel. The dominance of this anomalous tendency would be a disaster.

While these observations were made in the early 1950s in relation to an Israel still in the state-making phase, the quest for normality has shifted from seeking it in Israel to seeking it outside it, which makes McDonald’s warning even more powerful. Fighting the antisemitism of today demands recapturing the Zionism that existed before Israel was established. 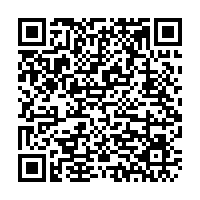