Sources in Gaza told Kan News that money coming from Qatar to Gaza through Israel is being diverted to the military wing of Hamas. The same sources said that according to information they obtained, terrorists serving in the Izz al-Din al-Qassam Brigades and commanders of battalions in the Hamas military wing receive he money through associates whose names are on the list of beneficiaries which has been approved by Israel.

Qatari envoy Mohammed al-Emadi this past weekend brought in more suitcases loaded with $10 million which are intended to pay pensions to some 100,000 needy families in Gaza, and the distribution of money is supposedly planned for the coming days.

But on Monday night Arab newspaper Al-Quds reported a dispute between Israel and Hamas over the list of beneficiaries of the Qatari aid, which led to the delays in the distribution of money that just entered the Gaza Strip.

According to the report, Israel removed some 4,000 names from the list of recipients, including Arabs who were injured in the fence riots. Hamas is objecting to this move and has so far prevented the payment of allowances to needy families via the branches of the Gaza Strip Postal Bank.

Al-Quds also reported that the deputy Qatari ambassador to the Gaza Strip, Khaled al-Hardan, has returned from Gaza to Israel in an attempt to resolve the dispute with senior Israeli officials.

Another $180 million promised by Qatar has yet to be transferred to Gaza. 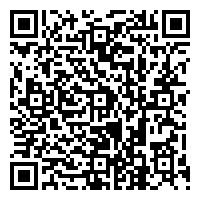