What unites us as observant Jews is far greater than what divides us. In that spirit I have to say I’m pleased. I have been advocating for years that Agudah should give Yeshiva University’s Roshei Yeshiva the same degree of respect given to other Roshei Yeshiva or Chasidic Rebbes. The right venue to have done that was at the Daf Yomi Siyum HaShas held by Agudah every seven and ½ years. The reason for that is because they correctly advertise it as a non political event. This is why they invite everyone of every Hashkafa to attend. The idea being to celebrate Limud HaTorah (Torah study)… and to leave politics out of it.

As of yet, this has not happened. A short while ago I lamented that fact and once again challenged Agudah to rectify that situation by inviting YU (Yeshiva University) Rosh Yeshiva, Rav Hershel Schachter to address the upcoming 13th Siyum in a few months.

Short of that I recommended that YU should consider having their own Siyum that day and make it truly inclusive. (I have been told that there may have actually been some discussion about that in YU circles. But I don’t know how accurate that is.)

So what am I pleased about? It appears that Agudah has responded to the challenge. Last Friday I viewed a video ( available below) produced by them. It is called Yom HaShishi and is part of a series of videos presented online in their run-up to the next Siyum. Each video is related to the material being studied in close proximity to the day the video is released. The speaker on this video is Rav Mordechai Willig who is clearly identified as a Rosh Yeshiva at YU and the Rav a Shul in Riverdale.

That was a refreshing surprise for me and a huge step in the right direction. I am happy to see Agudah giving their long overdue recognition to Yeshiva University as a Makom Torah. I’m sure that they must have received some flack for this from their right flank – just as I know they did when they invited former Chief Rabbi of Israel, R’ Yisroel Meir Lau to speak at their last Siyum 7 and ½ years ago. (Politics always seems to get in the way of Yashrus – doing the right thing.).

But as noted, this was a first step. One that has a limited viewership. Especially form their right flank. While I salute them for the courage in asking a YU Rosh Yeshiva to give an online D’Var Torah in honor of the next Siyum, the next step that would really show the kind of Achdus they advertise  about that day would be to invite Rav Willig; or Rav Schachter; or any of the fine YU Roshei Yeshiva to address the Siyum. A Siyum that may very well be the largest gathering from the widest spectrum of Orthodox Jews in recent history.

But even that will not be enough. They ought to also invite rabbinic leaders from other Hashkafos to address the attendees that night if they really want to be inclusive. Including for example Lubavitch and Religious Zionists among others. If politics is to be left out of this as advertised, that is the right thing to do.

The Siyum will have lived up to its billing. It will take a lot of courage to take that next step. But it will be an important one that will show some real unity among Orthodox Jewry. The tie that binds us that evening will be the celebration of Torah study. Not only by Yeshiva students. But by laymen all over the world.

In that spirit those addressing the attendees that evening should refrain from speaking about their Hashkafos; political perspectives; or agendas. And speak only about what unites us all. That is what will be celebrated that night. If that happens it will be a seminal day for Achdus – unprecedented in our day. Will it? 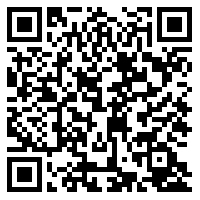