In an op. ed. piece for the Jewish Press, I cited from the Qur’an to show that war is an exceptional matter for Muslims, an unwanted obligation to be fulfilled in limited circumstances, and for defensive purposes only.

In response, I’ve been denounced and accused of being a Trojan horse, the wolf trying to devour Little Red Riding Hood, of not being a Muslim or being the worst kind of liar, misguided, deceiver, of practicing taqiyya, of disseminating propaganda with the intention of deceiving Israelis & Westerners, of using jihadist tactics in disguise, etc.

The most moderate reaction has been that I am young, naive… and don’t know my religion and the real world.

Despite the criticism, I stand behind my words, and I say further that Hamas or any other Islamic group that uses violence against civilians is doing wrong according to the Qur’an and that Jews, Christians, and Muslims must and can live co-exist together in harmony and peace. The reactions to my statements have been along the following lines: “What about the jihad verses in Qur’an? What about taqiyyah? What about abrogation of the verses which counsel peace?”

Let me clarify these misconceptions about Islam so that there is no excuse for warmongers and those who wish to shed oceans of blood.

War and violence in the Holy Books – Admittedly, there are commandments about war in the Qur’an, and those verses pertain to self-defense. The Tanakh and the Gospel also contain provisions about war and violence, and there are verses full of killing, especially in the Torah. The passages about war in those are, just as with the Qur’an, in regard to self-defense. The Torah and the Gospel command peace and love, and contain commandments about love and affection too. A person of love will interpret that in one way, and a cruel person in another. One can interpret it truly if one looks at it sincerely. For instance the Gospel speaks of blood up to the manes of the horses; it speaks of nobody being saved apart from 144,000 Jews. These are actually metaphorical and must be elucidated within the general tone of the Gospel, which is one of love and affection prevailing. But if someone insists on interpreting it in terms of violence, if he adds additional things to it out of his own mind, then a climate of violence will of course ensue. But a real Jew or a real Christian would never murder innocent people simply because there exists verses regarding killings in their Holy Books. In the same way, people who will look at Islam and the Qur’an through the eyes of love will not come up with violent interpretations.

Dictators against Prophets’ divine message – Let us not forget that the Prophet Mohammed was a prophet who sought to spread the pure faith of the Prophet Abraham, which is faith in God, the One and Only and ascribing no equals to Him, in a pagan society which had been dominated by idol worship. Like many prophets whose names appear in the Tanakh, the Prophet Mohammad has been commissioned for transmitting the message of God. It was impossible for the prophets to make any concessions on this, and they carried the true message, even at the cost of their own lives, to the most extreme leaders of their times and the most perverse communities. Conveying this message sometimes meant to oppose the tyrant Nimrod, as in the case of the Prophet Abraham, and sometimes to oppose dictators such as Pharaoh, as with the Prophet Moses. At all such times, believers found opposition from people who sought to take their lives. Despite circumstances where no one enjoyed freedom of expression, all the prophets communicated God’s message without regard to the cost. And this is no different in Islam as well.

War (qital) and jihad are not the same – The basic claim of the accusations and reactions trying to portray Islam as violent -God forbid- is that there are verses about jihad in the Qur’an and that these speak of killing. First and foremost, jihad and war are entirely different concepts: Jihad is not synonymous with holy war, as some misguided people think. Jihad means rather exertion, which is to strive, to make effort toward some object identified to the will of God as revealed in the Qur’an. Some worthy objects of jihad include strife against one’s egoistic passions, or to make an intellectual challenge against irreligion, radicalism or fanaticism. One convinces people with scientific and intellectual evidence. To expose the signs of God’s existence, to convey His revelation, to explain the malice of atheistic ideologies etc… These are the legitimate objects of the “jihad” for a Muslim, not beating someone about the head, killing someone or forcing a person to embrace Islam as an act of coercion. 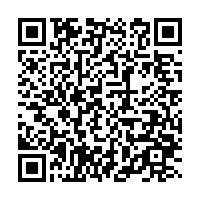