Rabbi Shmuley Boteach is the international bestselling author of 20 books. His website is www.shmuley.com. 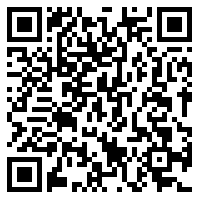