Who deserves credit for this remarkable renaissance? No doubt the Lubavitcher Rebbe. His vision and mission to spread the light of Judaism to all corners of the earth is simply unparalleled. Because of him, Chabad shluchim are building shuls and centers for Jewish life all over Russia. Some of these shluchim are Russians themselves who became frum via the first batch of Chabad shluchim who arrived in Russia in the 1990s. American philanthropist George Rohr has often told me how grateful he is to the Almighty for having had the merit to partner with Chabad in facilitating this dream financially.

But the man on the ground who deserves tremendous credit is Rabbi Berel Lazar, one of the Rebbe’s first shluchim to Russia and currently its chief rabbi. Rabbi Lazar is, simply put, an amazing man. Yes, he is friendly with the very powerful Mr. Putin but the amazing thing is that you would never suspect it. Rabbi Lazar is the epitome of humility. He has not a trace of arrogance in him.

He and his lovely wife graciously hosted me during my stay in Russia, and watching him work and act as a caring spouse and father was truly inspiring. During my visit, besides for the many hours spent in his office, meetings and conferences, he attended many small local functions to which I tagged along. He spoke at a special women’s retreat, opened Moscow’s third mikveh, participated at the graduation of a class of children from broken homes, and attended the bar mitzvah of a fatherless boy whose mother had to be flown nine hours to Moscow for the celebration. A big party? No. I would say around 30 people came to the simcha. How many chief rabbis with so much power and so many responsibilities go to bar mitzvahs with an attendance of 30? Rabbi Lazar does.

I could go on and on. I’ve been back for three weeks but am still riding high. Even the kosher food in Russia is astounding. The chalav Yisrael milchig deserts there are, in my opinion, better than anything you can get in America or Israel. Russia’s kosher restaurants – there are nine in Moscow – almost put Manhattan’s finest kosher eateries to shame. That any of this is occurring in Russia is nothing short of miraculous.

If this isn’t “Mashiach tzeiten” I don’t know what is.

Molly Resnick, a former NBC TV News producer and founder of MATCKH (Mothers Against Teaching Children to Kill and Hate), is a popular international lecturer and motivational speaker. She can be reached at mollymres@gmail.com. Read other articles by Molly Resnick at mrsmollyresnick.com. 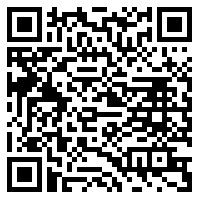