Ten years ago, If you had asked a victim of sexual abuse what he or she wanted most, the answer would have been, “I want my abuser to apologize, to acknowledge that it was his fault and not mine.” Today, if asked that same question, the victim would speak of prosecution and justice.

Years ago, victims struggled in an uphill battle to be believed and validated. They were victimized and then felt re-victimized by the community. Victims felt that just as perpetrators had the upper hand when they abused, they maintained that upper hand even after victims disclosed. These many years later, victims remain frustrated by the continued lack of communal support.

Just recently, the attorney for former Penn State assistant coach Jerry Sandusky castigated his client’s victims, saying they were motivated by money. Make no mistake, while some of the victims at this point may be interested in money, all were motivated by justice. And justice they received.

There are countless ways our community has led by example – chesed, tzedakah, services to the disadvantaged – helping untold thousands lead a better life. These similar efforts must be expended to demonstrate support to victims of sexual abuse.

For every story we read in newspapers or see on television of an Orthodox Jewish victim or perpetrator, we can multiply that by the hundreds more we don’t hear about.

It is widely believed that one in four girls and one in seven boys in the general population are victims of some form of sexual abuse. These are not isolated incidents nor are they unique to any one neighborhood. In the absence of any conclusive comparative data in the Orthodox Jewish community, these are the figures that are often cited. It may be uncomfortable for us to think in such stark terms but, thankfully, of late there is growing awareness of the magnitude of this issue. This realization should translate into a greater collective response.

OHEL has been at the forefront in educating the Jewish community on prevention and response to sexual abuse by speaking out through seminars and consultations, articles and radio programs, the publication of books and informational DVD’s, training mental health professionals and educators, and participating in conferences throughout the United States and overseas. There are many others in our community who have similarly worked tirelessly in this mission.

To accomplish a systemic behavioral change in our community’s gestalt on sexual abuse, we must take action that goes far beyond any achievements to date.

1. All people should be mandated reporters as is the law in eighteen states. Mandated reporters in New York are limited to select professionals including physicians, nurses, psychologists, social workers and educators. The law should require all people to report to child welfare authorities or the police thus removing any ambiguity.

3. We need to more actively support victims who disclose and report to police. As far back as October 1999, I wrote in The Jewish Press of the imperative to report abuse to police, to prosecute child molesters, and for the community to support the victim. How can our community justify organizing a high profile fund raising event for an alleged abuser but not yet come out in greater support of victims whose primary reason for not disclosing is their feelings of personal shame and the resulting stigma. Rabbi Yakov Horowitz has championed the need for an outpouring of support for victims. We must all add our voice to the cause.

4. We should require fingerprinting of all employees in yeshivas and private schools. This legislation has long been championed by attorney Elliot Pasik, president of Jewish Board of Advocates for Children. Admittedly, this may take years to yield significant results – until many more child molesters are reported, prosecuted, convicted and registered. But the longer we delay implementation, the more such people can unwittingly be hired. 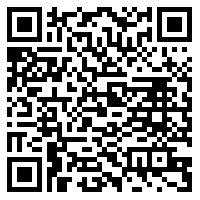