The victory of the Zionist movement was won despite long odds, desperate hardships and grievous costs in blood. The men and women who battled those odds did so in the face of the conventional wisdom of their day that told them they had no chance of forcing the British Empire to make good on its promise to create a National Home for the Jews or to defeat an Arab and Muslim world determined to crush the newborn state of Israel. They needed not only courage but also an iron will and the patience to bear great suffering while never losing sight of their goal.

No person embodied those attributes more than Yitzhak Shamir, the underground resistance fighter who would one day become Israel’s seventh prime minister.

Shamir left the prime minister’s office 20 years ago. In the time that has passed since then, Israel has changed greatly as its economy expanded and transformed a once poor country into an economic dynamo. It has also endured a failed peace process, fought wars and dealt with terrorist offensives as a subsequent generation of political leaders took up the mantle of power and sometimes succumbed to illusions about the country’s neighbors that never afflicted Shamir. His time in power as well as the period of the great struggles in his life seem like a very long time ago, and it is more than possible most Israelis, let alone foreign friends of the Jewish state, have largely forgotten him or regard him as merely a figure who connects the periods when it was governed by the more famous Menachem Begin and Yitzhak Rabin.

But he is no mere footnote to history. The lessons of Shamir’s life and his tenure in power (he served longer as Israel’s prime minister than anyone other than David Ben-Gurion) could serve the country well today and in the future.

Though he was prime minister for a total of seven years, Shamir, like Begin, looked back to his days as a young man fighting for Israel’s independence as the most important period of his life.

After the War of Independence, Shamir’s underground skills were made good use of by the country’s Mossad intelligence agency where, among other exploits, he helped lead those who killed some of the former Nazi rocket scientists who were working in Egypt to create new weapons to kill Jews. His political career began in the 1970s as Begin united the nationalist and centrist parties, creating the Likud, and finally ending Labor’s monopoly on power in 1977. He became foreign minister in 1980 and held that post until 1986. He served two separate stints as foreign minister beginning in 1983 and left office for the last time in 1992.

That such a quiet, even secretive person should hold such high public offices for so long seems incredible. And he was often criticized during his time in power for his lack of inspirational rhetoric and his unwillingness to play the role of a great man. His political vision was as low key as his manner of speaking. He simply sought to defend Israel against its enemies and to not allow its friends to weaken it for the sake of the hope of peace. This was a formula that infuriated the left, which preferred Shimon Peres’s high-flown talk about peace in a “new Middle East” as well as his own right wing, which looked to articulate spokesmen such as the young Benjamin Netanyahu as better leaders for the country. It also angered Americans such as President George H.W. Bush and his secretary of state, James Baker.

Yet in retrospect, Shamir’s cool, patient leadership style seems to have been far wiser than either Peres’s dreamy belief in the Palestinians’ desire for peace or those on the right who thought their rhetoric could persuade the West to see things from Israel’s point of view.

Shamir was a man whose life experience had been forged by European anti-Semitism, the Holocaust and the War of Independence. But rather than this limiting his understanding of the world as his critics charged, it gave him the foresight to avoid the traps that snare more idealistic leaders. For that he was accused of living in the past, of lacking imagination and of seeing only enemies and struggle. 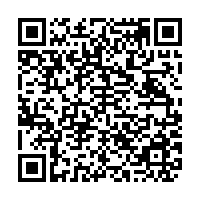