The ongoing challenge of Orthodox Judaism is the delicate balancing act of maintaining traditional faith and religious practice while living in the modern world. Communities accomplish this differently, some with more tension than others. Occasionally, we sadly see some communities lose balance and either wall themselves off from the modern world in isolationism or deviate from traditional beliefs and practices.

We are currently witnessing the latter phenomenon among many of those who call themselves “Open Orthodox,” particularly regarding women’s participation in synagogue ceremony.


Predictably, traditionalists respond by arguing that halacha – Jewish law that binds us all – does not permit women to be called to the Torah or lead specific parts of synagogue prayer services. While a recent article in the journal Tradition and accompanying responsa published online conclusively demonstrate this, it is to some degree beside the point.

There are two main issues that underlie this entire discussion – meta-topics that transcend the technical laws of any specific ritual. The first is how and when religion changes. Or perhaps more important, who has the authority to introduce change? The second issue, which I wish to discuss here, is crucial to understanding the current debate: gender roles.

Traditional Jewish texts clearly discuss men and women as categories – as distinct groups – even though individual men and women vary. People are unique but their characteristics are described using helpful generalizations (see Moreh Nevuchim 3:32). The Orthodox worldview, as evidenced by the most prominent literature of the past two centuries, is that men and women have different roles in Judaism. Women are the private, home-centered individuals and men are the public individuals. Women naturally connect to God with less ritual while men require more.

Rav Joseph B. Soloveitchik believed that men and women were given different inherent natures as part of Creation. He is summarized by Rav Avraham Besdin (Man of Faith in the Modern World, pp. 84-85) as saying:

Two humans were created who differ from each other metaphysically, not only physiologically, even as they both partake of Divine qualities. This contradicts the perverse notion that Judaism regards woman as being inferior to man. It also cuts away another false notion that there is no distinction between them in terms of their spiritual personalities. Two sexes were formed not only for propagative purposes, but they constitute existential originals. They differ in their psychical natures.

This emerges, in particular, from the halachic roles allotted to men and women. The Oral Torah teaches us that women are exempt from time-bound positive commandments. Men are obligated in various communal activities while women are exempt. Many explain that women are charged with the religiosity of the home, with the all-important continuity of family tradition. While publicity-obsessed Western culture values only the public role, and therefore places the synagogue at the center of religion, Judaism traditionally values the home over the synagogue, the private over the public.

The current debate over women’s position in Judaism is mainly (but not solely) about gender roles. Some wish to reject the worldview distinguishing between gender roles, either because they believe it does not accurately represent the Torah or because times have changed. This second argument is often made by pointing out that women can reach great heights in the secular world, the implication being that we must change religious gender roles because secular gender roles have changed.

I find much truth in that statement because women’s public roles have expanded tremendously in the secular world – but I reject the conclusion that we should change our religious values based on secular trends. We regularly see around us women who are highly accomplished in their careers yet transmit Jewish values to their children and grandchildren in the traditional way. The first argument – that separate gender roles do not truly represent the Torah’s view – is, in my opinion, a false attempt at revisionism. I accept the writings of Rav Soloveitchik and other leading Orthodox thinkers of recent times.

Once we recognize this underlying premise, we can understand the practical attitudes on the different sides of the debate. Righteous women can and often have assumed additional religious practices. They are exceptions to the general rules. As long as they are not attempting to change worldviews, they will face little opposition. Of course, there may occasionally be technical religious impediments; men sometimes face those also. But as long as they – both men and women – remain within traditional worldviews, they have leeway for personal experimentation, to find their own places within the community utilizing their unique talents.

Today’s challenge is about changing the community’s worldview. Make no mistake; the rhetoric is explicit. The radicals wish to undo millennia of what they allege to be women’s oppression at the hands of the sages of the Talmud and their successors. As such, it is not just about the technical issues or about women wanting to fulfill extra commandments. It is about breaking down barriers, complete egalitarianism, changing gender roles.

The ordination of women as rabbis (or “maharats“) is about enabling women to adopt men’s roles, not about promoting the righteous and scholarly women of our generation (which is entirely unobjectionable). The calling of women to the Torah is also about gender equality, sameness. Even if technically allowed within halacha, which both prior examples have been shown not to be, they are certainly forbidden when done in order to change a Torah value.

There is much more to Judaism than simple halacha. We must not only follow the Torah’s laws but also its worldview, its hashkafa. 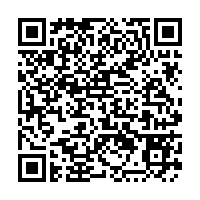