In recent years, academic research institutes and programs for the study of terrorism and homeland security have been established in many countries. This occurred due to a need to better understand terrorism, its roots and motivations, and in an attempt to improve policies for dealing with this dangerous worldwide phenomenon. The academic interest in terrorism dates back to the mid-1900s and the development of modern terrorism, but the number of academics who dealt with this phenomenon was small – comprising an academic community of a few dozed researchers mostly from academia in the United States, Europe and Israel. 9/11 – the deadliest terrorist attack in history, carried out on September 11, 2001 in the U.S. – marked the beginning of a world revolution in dealing with terrorism as a whole, with many governments devoting efforts and resources to increase their abilities to counter terrorism, and to recruit the business sector and technology companies in order to find an effective response to this serious threat to the world’s well-being. At the same time, the academic world was undergoing a revolution – numerous researchers chose to deal with issues related to terrorism and homeland security, universities designed special courses and curricula on the topic and large numbers of students showed interest in studying the field, aiming to develop a career in this area in government and security agencies, in the public and business sectors and in academia.

The academic revolution was ignited with the foundation of the Department of Homeland Security (DHS) in the United States, established in response of the failures that preceded 9/11. The DHS quickly became one of the largest U.S. government offices, employing approximately 250,000 people, and under its auspices the Science & Technology Directorate Office of University Programs (OUP) was established. As part of its mission, the OUP “builds a stable community of homeland security researchers and educators at U.S. colleges and universities, and fosters a homeland security culture within the academic community through research and educational programs.” To achieve these goals the OUP established 12 centers of excellence for academic research and teaching in the fields of terrorism and homeland security in universities across the U.S. Some of these centers are a consortium of several universities and each center has a specific area of responsibility as defined by the DHS. Thus, for example, the University of Southern California leads the Center for Risk and Economic Analysis of Terrorism Events (CREATE); the center led by the University of Maryland (START) deals with the Study of Terrorism and Responses to Terrorism. The other DHS centers of excellence located in various U.S. universities deal, among other, with research of Preparedness and Catastrophic Event Response, Explosives-Related Threats, Microbial Risk Assessment, Border Security and Immigration, Animal Disease Defense, Food Protection, Maritime Security, National Transportation Security, Coastal Hazards, and Visualization and Data Analytics.

One of the first centers of excellence in the world devoted to the research and teaching of terrorism is the International Policy Institute for Counter-Terrorism (ICT) established at the Interdisciplinary Center Herzliya in 1996; it preceded the U.S. academic trend by five years. The Institute, that brought together the best academic minds and practitioners in the field of terrorism, quickly became one of the leading centers of excellence for the research of terrorism in the world. The Institute researchers and fellows were integrated in unique English language study programs developed at the Lauder School of Government, Diplomacy and Strategy and teach in a special MA track in Government with the unique specialization for counter terrorism and homeland security and in special BA clusters in Hebrew and English. These popular programs attract dozens of international honor students who come to Israel from the best universities all over the world intending to develop and advance their academic and practical careers in the field of counter terrorism. 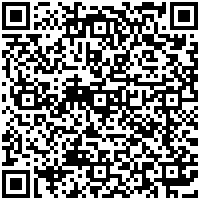