A Jewish ex-New York Times reporter, writing on the op-ed page of the Washington Post on March 3, declared that “the growing examples of anti-Semitism” —the bomb threats and cemetery desecrations— were “enabled, if not inspired, by [President Donald] Trump’s white nationalism.”

The leader of one Jewish progressive group recently suggested the president is engaged in “outright advancement” of anti-Semitism.  At the other end of the political spectrum, the president of a small Zionist organization asserted, without evidence, that the anti-Semitic incidents were “acts of frustration and misery” over the Trump administration’s support for Israel. He even claimed the attacks were “encouraged” by the recent UN resolution on Israel.

There was also a veritable torrent of assertions by pundits and Jewish organizational officials that if President Trump would be more vocal in his condemnations, that would help stem the tide of hate.

Presidential pronouncements can indeed play a role in shaping public attitudes. There is value in trying to foster a social environment that discourages bigotry. So it’s good that President Trump has made public pronouncements on the subject, including in his State of the Union address.

But the arrest and indictment of a St. Louis man for making “at least eight” of the anti-Jewish bomb threats pulls the rug out from under the politically-oriented “explanations” of anti-Semitism, and reminds us not to expect a presidential statement to have a significant or immediate impact.

The suspect, Juan Thompson, is not a “white nationalist.” He was not inspired or encouraged by Donald Trump. Nor was he protesting the president’s support for Israel or the UN resolution. He’s an African-American journalist with extreme political views that predate Trump and are unrelated to Israel. Thompson’s Twitter profile features this Malcom X quotation: “You show me a capitalist, and I’ll show you a bloodsucker.” According to the indictment, Thompson perpetrated the crimes in order to pin them on his ex-girlfriend.

Sure, it’s convenient to blame anti-Semitism on one’s political opponents. But it would make more sense to blame the anti-Semites themselves. Thugs who threaten Jewish institutions or desecrate Jewish gravestones are not usually motivated by some policy position of a president. They assault Jewish institutions or Jewish property because they hate Jews, or because of deep personal problems, or some combination thereof.

Anti-Semitic incidents will not come to a halt with the arrest of Juan Thompson. So how will all our experts “explain” incidents that occur months, or years, after some presidential statement or United Nations resolution? Who will be blamed then?

It’s a fair bet that some Jews will take to blaming each other. The sad phenomenon of Jews accusing other Jews of provoking anti-Semitism can be found throughout Jewish history. In recent times, assimilated Jews claimed that Zionist Jews would provoke accusations of dual loyalty. Jewish conservatives claimed that Jewish opponents of the Vietnam War would provoke an anti-Semitic backlash. Some liberal Jews today claim that Israel’s behavior is the cause of Arab anti-Semitism.

This blame game might be called Good Jew/Bad Jew. The “good Jew” insists that it is only because of the actions of the “bad Jews” that there is anti-Semitism. If those “bad Jews” would just stop doing ____ (name the objectionable behavior), anti-Semites would stop hating all Jews.

That hypothesis has been tested many times, and always fails. Even those German Jews who gave up all Jewish beliefs and practices were still murdered by the Nazis. Russian Jews who embraced communism were still purged and persecuted by the Soviets. Jews in Arab countries were oppressed long before the State of Israel came into existence. And neither Jewish liberalism nor Jewish conservatism has provoked pogroms in the United States.

The bomb threats and cemetery desecrations were not caused by either President Trump’s policies or President Obama’s abstention on the UN resolution, nor by Jews being too liberal or too conservative. There is no simple explanation for anti-Semitism. Sometimes it is influenced by religious or political factors, sometimes by socioeconomic situations. Often it is triggered by deeply personal circumstances. Anti-Semitism has no single cause, and no single cure.

Passions are rising throughout the American Jewish community, and those passions sometimes fuel bitter partisanship. Vigorous debate is an important part of a healthy democratic society. But using anti-Semitism as a rhetorical cudgel with which to beat one’s political rivals is not. Reckless blaming of those with whom one disagrees, instead of blaming the anti-Semites themselves, does a disservice to public discourse. 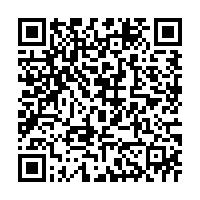