A PA Arab youth was killed in an exchange of fire with police anti-terror forces in Ramallah. According to Police, the dead man was a wanted terrorist who opened fire at the force that was attempting to detain him. The incident gave rise to a riot that involved rocks being thrown at the security forces. Two additional Arabs were injured and evacuated to hospital.

A search in the killed terrorist’s home revealed an M-16 and “Carlo” rifles.


IDF, GSS, Border Guard and Judea and Samaria Police arrested 12 wanted terrorism suspects overnight in Judea and Samaria. Four of the detainees are suspected of involvement in “popular terror” and violent disorderly conduct against civilians and security forces.

Also last night, a force from the regional brigade Ephraim, in cooperation with Judea and Samaria Police, the IDF Civil Administration, and Border Guard troops provided security to Jews who participated in a prayer service at the Tomb of Joshua in the village of Kifl Haris, some 12 miles north of Shechem in Samaria.

Joshua’s Tomb is located in Area B, which requires that Israeli citizens coordinate entry there with security forces. In the past, uncoordinated services at the site ended with the participants being detained and hauled away, but this time the service concluded with no outstanding events. 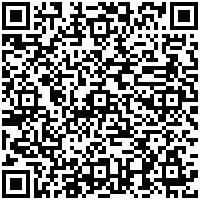