Academia gathered ‘en force‘ Sunday (March 5) to discuss the impact of Russian-speaking Jews in America, and the impact of America on the Jews who arrived on America’s shores.

Said Ilia Salita, president and CEO of Genesis Philanthropy Group which offered its support to the day-long festival, “Just as generations of immigrants have before them, young Russian Jews who came to the United States in the 1980s and 90s are today driving American literature and American art from strength to strength.

“The uniqueness of this cohort’s multi-cultural identity makes their art special and relevant to their peers, and is poised to both invigorate the American Jewish community and make a pivotal contribution to American culture more broadly.”

“The Scholars” were the first to focus on the on a panel Sunday in New York City as participants gathered for a festival of contemporary Russian Jewish American culture.
The festival was co-hosted by the American Jewish Historical Society (AJHS) and the Center for Jewish History and featured three panels of speakers who discussed how American life has impacted Russian Jewish culture in the United States, and vice versa.

The festival was timed to coincide with the publication of a special edition of the journal, East European Jewish Affairs — “The New Wave of Russian Jewish American Culture” — supported by a grant from the Genesis Philanthropy Group.

The event was free and open to the public, followed by an evening ticketed music concert.

A Shul With A Story: Aish HaTorah St. Louis – Changing The World, One Jew At A Time 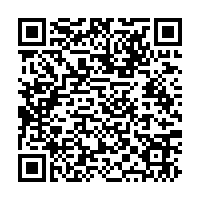