It is 1967. What would become known as the Six Day War has begun and Menachem Begin, invited by Prime Minister Levi Eshkol to join an expanded emergency cabinet, has an idea.

There is a meeting in the basement shelter of the Knesset and the news is announced that Jordan has decided to join Egypt and Syria in battle. Begin and Labor Minister Yigal Allon suggest that the reaction to Jordan’s shelling of Israel should be the liberation of the Old City of Jerusalem, lost in the 1948 War following a UN ceasefire. Begin urges quick action before a similar ceasefire again leave the city divided.

Moshe Dayan opposes the idea based on the human cost of expected house-to-house fighting in addition to the potential damage to Christian and Muslim holy places — leading to a world-wide outcry against Israel and opposition to Israeli control over Christian and Muslim holy places. Instead, Dayan suggests it would be enough to just surround the Old City and wait for it to fall.

Allon responds that the Jordanian lines were crumbling and Israel could go in. More to the point, it is essential for there to be a Jewish presence both deep within the Old City and on the Temple Mount itself.

In the end, a 4am news report from the BBC that the UN is planning to declare a ceasefire leads to another meeting where it is agreed to recapture the Old City. [Source: The Prime Minsters, by Yehuda Avner, p157-9]

The issues then have not changed over the years when discussing the step of moving the US embassy from Tel Aviv to Jerusalem.

The Israeli reaction has.

The question of Congressional legislation to move the embassy came up during the 1984 presidential campaign. Democrats Walter Mondale and Gary Hart both came out in favor of the bill introduced by Senator Daniel Patrick Moynnihan, while President Reagen threatened to veto such a bill.

The response of an Israeli Foreign Ministry official at the time was less warm: “I’m very leery of trying to tread on a Congressional debate and an argument between the President and Congress, a constitutional problem of who runs foreign policy.”

A decade later, in May 1995, news about what would become enacted that November as the Jerusalem Embassy Act, did not excite Israelis either. Prime Minister Rabin, suggested the Likud was behind it with the aim of “torpedoing” peace negotiations. Foreign Minister Peres tried to distance Israel from the bill, saying there was “no need for our involvement.”

Fast-forward to today. During his presidential campaign, Trump made a point of talking about moving the US embassy from Tel Aviv to Jerusalem.

And now he is the President.

Again, it is not so simple.

Moshe Feiglin, founder and chairman of the Zehut party, was interviewed the day after the elections — and he predicted that once moving the embassy became a very real possibility, Netanyahu would not be any more enthusiastic or outspoken than past Israeli officials. See the video below, starting at 1:03:

This past Friday, Marc Zell, chairman of Republicans overseas Israel indicated that the Israeli government did in fact have cold feet:

Jerusalem Embassy delay not due to #Trump. Sadly Israeli government is dragging feet. Time to grow a backbone

He followed up on his criticism the following day:

Now if Bibi @netanyahu would only give the green light to the Embassy move. That’s also a Great Idea.

Zell even went so far as to imply that once Israel indicated its approval, plans for the embassy move could proceed right away

As soon as the Israeli PM gives the green light

But when Haaretz published an interview with him the same day:

The co-chair of the Republicans Overseas organization in Israel, Marc Zell, says that recent foot-dragging by Donald Trump’s White House on moving the U.S. embassy from Tel Aviv to Jerusalem, is happening at Israel’s request.

Zell told Haaretz, citing both Israeli and U.S. sources, that “Trump has been unequivocally in favor of moving the embassy and remains so” but “he is proceeding cautiously because of concerns raised by Israeli officials.”

…Zell used Twitter again — this time to walk back what he said:

Well I didn’t quite put it that way. However it would be a shame to miss this historic opportunity.

For his part, Netanyahu came out out Sunday with an apparent response to Zell:

Prime Minister Benjamin Netanyahu voiced support on Sunday for moving the U.S. Embassy to Jerusalem but mentioned no time frame, after a Republican activist accused Israel of pressing the Trump administration to delay the pledged step.

Even in welcoming the idea, Netanyahu appears cautious.

Now as in 1967, a mix of of the threat of Arab violence and world disapproval appears to be the issue.

Back then, there was no time to delay, as the threat of a missed opportunity was very real. Then again, who today is as blunt and influential as Menachem Begin?

The question is how much time does Israel really have to take Trump up on his offer, before he too decides to put the offer on the back burner or take it off the table altogether.

After all, at heart — Trump is a businessman. 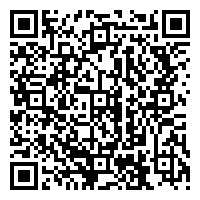