According to Reb Menachem Mendel of Rimanov (1745–1815), the Tuesday of the week of Parshat Beshalach, one should read the verses describing God’s gift of the Manna in the wilderness with hope and confidence that God will provide for you as He provided for the children of Israel some 3,400 years ago. The result, very often, is that your livelihood is taken care of by Heaven. Hint: it always helps to get a job first!

The verses should be read in the traditional way, twice in the original Biblical Hebrew and once in translation, preferably the Aramaic translation. We’ll try to accommodate below, and also include an English version just to be on the safe side, but we believe that any effort one would endeavor should go a long way to furnish livelihood, especially should one seek employment.

11 And Hashem spoke unto Moshe, saying,

12 I have heard the telunnot Bnei Yisroel; speak unto them, saying, At twilight ye shall eat basar, and in the boker ye shall be glutted with lechem; and ye shall know [by experience] that I am Hashem Eloheichem.

13 And it came to pass, that at erev the quails came up, and covered the machaneh; and in the boker there was a layer of tal (dew) about the machaneh.

14 And when the layer of tal evaporated, hinei, upon the surface of the midbar there lay thin flakes, as thin as a layer of kfor (frost) upon ha’aretz.

15 And when the Bnei Yisroel saw it, they said one to another, Mahn hu (What is it?) For they knew not mah hu (what [is] this). And Moshe said unto them, This is the lechem which Hashem hath given you to eat.

16 This is the thing which Hashem hath commanded, Gather of it every man according to his eating [need], an omer per person, according to the number of your nefashot; take ye every man for them which are in his ohel.

17 And the Bnei Yisroel did so, and gathered, some more, some less.

19 And Moshe said, Let no ish leave of it until boker.

20 Notwithstanding, they paid heed not unto Moshe; but some left part of it until boker, and [the leftovers] bred tola’im (worms), and stank; and Moshe was angry with them.

21 And they gathered it every boker, every man according to his eating [need]; and when the shemesh grew hot, it melted.

22 And it came to pass, that on yom hashishi they gathered twice as much lechem, two omers for one man; and all the nesi’im of the Edah came and told Moshe.

23 And he said unto them, This is that which Hashem hath said, Tomorrow is a Shabbaton (day of rest), Shabbos Kodesh unto Hashem; bake that which ye will bake today, and boil that ye will boil; and that which remaineth over lay up for you for mishmeret (for keeping) until boker.

24 And they laid it up, saving it until boker, as Moshe commanded; and it did not stink, neither was there any infestation therein.

25 And Moshe said, Eat that today; for today is a Shabbos unto Hashem; today ye shall not find it in the sadeh.

26 Sheshet yamim ye shall gather it; but on the yom hashevi’i, which is Shabbos, in it there shall be none.

27 And it came to pass, that there went out some from HaAm on the yom hashevi’i to gather, and they found none.

28 And Hashem said unto Moshe, How long refuse ye to be shomer over My mitzvot and My torot?

29 See, that Hashem hath given you the Shabbos, therefore He giveth you on yom hashishi lechem for two days; abide ye every man in his place, let no man go out from his place on yom hashevi’i.

30 So HaAm rested on yom hashevi’i.

31 And Bais Yisroel called the shem thereof Manna; and it was like coriander seed, lavan (white); and the taste of it was like flat cakes fried in devash.

32 And Moshe said, This is the thing which Hashem commandeth, Fill an omer of it to be mishmeret (kept) for your dorot; that they may see the lechem wherewith I have fed you in the midbar, when I brought you forth from Eretz Mitzrayim.

33 And Moshe said unto Aharon, Take a jar, and put an omer full of manna therein, and lay it up before Hashem, to be kept for your dorot.

34 As Hashem commanded Moshe, so Aharon laid it up before the Edut (the [Ark] of the Testimony), for mishmeret (to be kept).

36 Now an omer [i.e., two quarts dry measure] is the tenth part of an ephah [T.N. an ephah is about one-half bushel]. 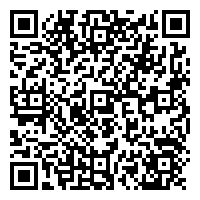