Many people have a problem with the Chick-fil-A chain of chicken restaurants. Universities have asked it to leave campus cafeterias and mayors have tried to ban it from their cities. The Jewish mayor of Chicago summed up his displeasure by saying “Chick-fil-A values are not Chicago values.”

Frankly, I have had my own problem with the company for years. My family and I are in the beef business. Since my great-grandfather founded a kosher beef business in Galveston, Texas in 1910, our family has prided itself on the fine red beef products it provides clients, so much so that we wonder why anyone would choose a pack of pale-yellow, skin-covered drumsticks over a delicately trimmed, gently tied, 21-day dry-aged USDA Choice corn-fed standing rib roast.


I have no problem with Chick-fil-A CEO Dan Cathy’s recent comments about gay marriage. As a guest on “The Ken Coleman Show” he said, “I think we are inviting God’s judgment on our nation when we shake our fist at him and say, ‘We know better than you as to what constitutes a marriage.’ ”

As a religious man, Cathy is entitled to offer his traditional Judeo-Christian perspective to listeners of the religiously sensitive radio station on which he made his comments. I am truly OK – inspired, even – with his championing the moral foundation of marriage between a man and woman that has done our American civilization good for 236 years.

But I am upset – unforgiving – about Chick-fil-A billboard advertisements that feature good-looking cows imploring impressionable consumers to eat chicken instead of beef.

I can handle criticism of our beef products. One doesn’t spend his days dealing with New York butchers and expect to receive rosy-red compliments. But clever ads that imply it is more humane to eat chicken and forgo beef cross the line and are both offensive and wrong.

Adding misinformation to misdeed, the advertising campaign uses Holstein cattle. By all accounts, Holsteins are raised to produce milk, not meat. It is a matter of economics: a milk-producing Holstein is worth much more than a fleish-toting Angus. So images of cute looking Holsteins with paintbrushes stuck between their split hooves beseeching consumers to spare the cow and roast the chicken may play well on emotions but are factually and demonstratively untrue.

According to the Torah, God allows humans to consume animals for the sake of nourishment and prosperity. He does not allow the killing of animals for sport. For more than 3,000 years Jewish law has required animals to be treated well during their lives (an owner, for example, must feed his animals before he can feed himself) and, when the time comes, to be slaughtered in a swift and near-painless manner by a man of faith and spiritual sensitivity.

Jewish law further requires us to engage in the laborious and expensive process of removing large veins from the carcass and soaking, salting and rinsing the meat in an effort to remove as much animal blood as possible. Blood is the life force of the animal.

Respecting the sanctity of life, we “despiritualize” the carcass before consuming it. While recognizing the higher role, purpose and inherent supremacy of human life, we learn that all life should be respected.

Notwithstanding my unresolved beef with Chick-fil-A, I think CEO Cathy is a remarkable man. He has made respect for religion a hallmark of his company, ensuring that all 1,614 branches are closed on Sundays, allowing employees to pray and spend time with their families on their Sabbath.

As a practicing Jew, I keep the laws of kashrus. My family has never eaten at Chick-fil-A. For that matter, we have never eaten at Denny’s or Chili’s. The only time I have ever gone to McDonalds was at Dallas Fort Worth Airport when I bought a cup of coffee before an early morning flight.

But now, for the very first time in my life, I patronized Chick-fil-A. I bought a $50 gift card. I will give it to my postal carrier in appreciation of a job well done. I chose Chick-fil-A over other retailers because when the media and left-leaning politicians are calling for the downfall of a man who speaks his heart and expresses what is good for humanity, it is time for all those who share Judeo-Christian values to stand up and be counted. 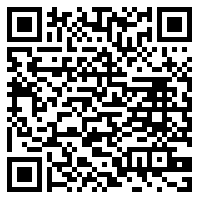