Shevat 10, which falls this year on Monday, Feb. 6, will mark my father’s 17th yahrzeit.

My father was a tzaddik. The number of people he helped and the daily acts of chesed he performed were legendary. But he was a quiet tzaddik. He didn’t talk about all those he helped.


He was born in 1916 and named Sholom, a prayer that peace would come to the world. As a young man in his early twenties he gave a weekly Gemara shiur every Shabbos at the Young Israel of Brighton Beach. It was there that my mother met him. Tall and handsome with striking blue eyes – and a talmid chacham as well – he was quite sought after. Luckily for my sister Hindy and me, he chose our mother, Irene Schreiber, and she became his helpmate for the rest of his life.

The years ahead were filled with struggle. It was very hard to make a parnassah, especially if one was scrupulously observant. When I was two years old my parents bought a house and filled every room with family: two sets of grandparents, aunts, and uncles – and a cousin, too. My father took care of them all. After the war, my grandfather found nephews who had miraculously survived and they too came to live in our house until they could get on their feet.

That’s how it was in those long-gone days; extended families all lived under one roof. My sister and I consider ourselves fortunate to have had that experience.

When my father started The Jewish Press, it was at the urging of some of the Gedolei Yisrael. His dream was to be a voice for Torah Jewry, to help Jews wherever they were, and to support the new state of Israel. He worked very hard and I only saw him on Shabbos. His brothers and sister and brother-in-law and father-in-law all worked very hard together with him. For many years The Jewish Press was the only significant Orthodox Jewish weekly. All those that came afterward were built upon my father’s shoulders.

My father loved learning Torah more than anything, and he put that love into the paper. One notable example was in his weekly Questions and Answers column. He used to say that he had answered more halachic questions than many a pulpit rabbi. His responses were short, concise, and to the point. His other weekly columns were Tales of the Midrash and Tales of the Gaonim.

Many people became baalei teshuvah as a result of reading The Jewish Press. And The Jewish Press was at the forefront of the repeal of the Sunday blue laws and the passage of laws concerning shechitah, autopsies, and agunahs (the New York State Get Law), to name a few.

Many people turned to my father with their problems. I remember a very difficult case of an agunah whose mother turned to him for help. My father put a lot of effort into finding a solution to her case and was ultimately able to free her. Another memory is of an acquaintance who had been swindled out of his life savings. My father found a way to employ him in the work he knew best. This developed into a close relationship until the day he died.

He helped another close friend, a beloved rabbi, get a government job that benefited many people. When friends of his from the Young Israel lost their jobs, he created jobs for them and made them feel important. The list goes on and on. He helped so many people and never considered it anything out of the ordinary. He thanked Hashem for giving him the opportunity to help others. He used to tell me the highest form of tzedakah is giving someone a chance to earn a living.

In later years, when it was discovered that two of the friends he’d helped had stolen money from him, he refused to take them to court, lest it cause a chillul Hashem. He kept the pain of that betrayal private.

He was Orthodox in the truest sense of the word and, as mentioned, absolutely loved learning Torah. His favorite time was when he was sitting at his desk with his Gemara. And if one of his grandchildren was with him, that was heaven.

Yes, Sholom Klass was a quiet tzaddik. Most people know nothing about all the people he helped and all the changes that came about because of The Jewish Press. And that’s the way he wanted it.

When I think of my father I am struck by the appropriateness of the Talmidic quote (Baba Basra 10b) “Ashrei mi sheba l’kan v’talmudo b’yado” – “Fortunate is he who comes to the next world with his Gemara in hand.” I often picture him in heaven giving shiurim to his brothers and his many friends – and I see my beloved husband among his talmidim.

May the neshamah of Rav Sholom ben Reb Moshe Feivel have an aliyah and may we continue to bring him nachas. 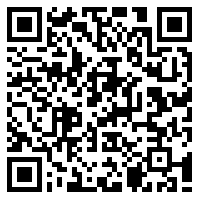