“Rabbi, is there any religious requirement for Jewish men to wear mezuzahs around their necks?”

“Rabbi, if you yourself are clean-shaven, why does this inmate claim his Jewish religion prohibits him from using a razor on his face?”


As the rabbi of the Orthodox synagogue in Pennsylvania’s capital city, one of the highlights of my month is a Pennsylvania Department of Corrections meeting I attend. This committee meets monthly to review religious petitions filed by Pennsylvania‘s state prison inmates.

Aside from an opportunity to (sometimes) assist remorseful Jewish inmates, these monthly get-togethers enable me to help others better understand Judaism. In addition, I always learn new details about other cultures and get a chance to interact with a diverse group of people whom I never would have otherwise met.

An incident at a recent meeting made a profound impression on me. Sitting around our conference table were the group leader, a Protestant minister (to represent all Christian groups); an Islamic Imam; me, the rabbi; a Wiccan priestess (to represent all pagan groups); a Native American spiritual leader; a prison security officer (to explain security concerns); a food-service manager (to explain the limitations of the kitchen staffs, as most requests are food-related); a legal expert (to advise the group and help the state avoid lawsuits); and a Corrections Department administrator.

A few days prior to each meeting, the participants are sent the religious accommodation requests to be reviewed. In looking through the cases in advance of that meeting, I noticed a request from an inmate who wanted to be allowed to wear a pair of tzitzis all hours of the day (not just his tallis while praying in the prison’s chapel).

When I began attending these meetings a few years ago, I brought in a new pair of tzitzis for “show and tell” so everyone in the room would understand what I was describing to them when requests such as these came in. Having already introduced the group to tzitzis, I couldn’t see any reason to bring in another pair to that day’s meeting.

At this meeting, the group leader introduced me to two new faces in the room – legal interns shadowing the Department of Corrections lawyer during their summer break from law school.

When we arrived at the case of the inmate requesting tzitzis, the group leader turned to me and said, “Rabbi, our two interns have probably never seen a pair of tzitzis before, and have no idea what this request is all about. Would you mind showing them yours?”

When I asked him if he really wanted me to take off my tzitzis, he said, “Yes, it would be great for the interns to fully understand the inmate’s request.”

I loosened my tie and unbuttoned the top two buttons of my shirt. As I began pulling my tzitzis over my head, I whispered a heartfelt prayer to God that the pair of tzitzis I had put on that morning on my way to minyan was the nicest and cleanest pair I owned.

Sure enough, the garment was as clean and white as snow. The tzitzis strings were in great shape and the garment itself was perfectly ironed.

I can’t begin to describe the feeling of relief I felt as my clean and ironed pair of tzitzis made their way to the interns while I explained their religious significance to the committee.

Driving home after the meeting, I called my wife, Layala, to tell her I had found yet another reason to appreciate her.

I had always asked Layala not to bother ironing my tzitzis after either of us had washed them. After all, I wear them under my shirt, where no one can see them.

Yet she insists I wear a pair of tzitzis that have been neatly ironed. Why? After crossing the Yam Suf at the height of Yetziyas Mitzrayim, our ancestors sang “Zeh Keili v’anveihu – this is my God and I will glorify Him” (Shemos 15:2). Based on this phrase, our Sages (Shabbos 133b) taught that we should try to serve God in the most beautiful manner we can. Accordingly, Layala feels if I really value the wearing of tzitzis as a mitzvah, I should be sure they are as clean and wrinkle-free as possible. 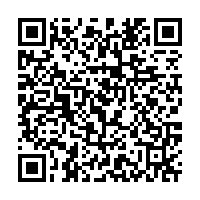