JERUSALEM – According to Maj.-Gen. Aviv Kochavi, Israel’s Military Intelligence head, the Jewish state will face a more unstable and Islamist environment than in previous times. This is being fueled by the unchecked rise of radical Islam, and could force Israel into unwanted conflicts.

Kochavi outlined his ominous assessment of Israel’s tactical position in the Middle East during his presentation of Military Intelligence’s annual evaluation. His briefing was offered to IDF Chief of Staff Benny Gantz and top army, air force and naval commanders. “It will be an environment that deals with a series of crises, regional and internal, which raises the level of sensitivity of all the players, and which could lead, without prior warning, to an eruption,” said Kochavi.


The general said that Iran is deliberately using its position as host of the Nonaligned Movement gathering in Tehran to justify its nuclear program and stall any diplomatic attempt by the UN to stop them from producing an atomic bomb, which would almost certainly destabilize the entire Middle East and an action that could provoke a military strike by Israel or the United States.

Against the backdrop of Kochavi’s report, Israel and the U.S. are conducting a series of behind-the-scenes diplomatic efforts to forge new alliances in the region, with the goal of staving off an attack on Israeli and American interests in the Middle East.

Sources report that the semi-autonomous Kurdish government in northern Iraq is working with high-ranking Israeli government officials to help create an internationally recognized Kurdish national entity, one that would also encompass swaths of Turkey and Syria.

Turkey’s government currently treats the Kurds as enemy aliens within their midst. The Syrian Kurds have officially broken ties with teetering Syrian President Bashar Assad. And a British newspaper reported that the northern Iraqi Kurds have allowed Israeli commandoes to use their territory to train for a possible attack on Iran, which is located opposite the Iraqi border.

There have also been reports that French, German, American and Israeli intelligence officials have been using European towns for secret meetings between pro-Western Lebanese Druze, Sunni and Christian politicians in order to put pressure on the pro-Assad Shiite Hizbullah militia.

Fierce gun battles between pro- and anti-Assad militias have broken out in Tripoli and Beirut over the past few weeks. Military and political officials in the U.S., Israel and France fear that if Assad falls, Iran will instruct Hizbullah to reignite a sectarian civil war in Lebanon that could spill over the border into Israel.

The region’s instability and the potential for either a Hizbullah or Iranian Revolutionary Guard terror attack on Israel and its interests have also had a deleterious effect on Israeli participation in UN-sponsored events taking place in Persian Gulf nations.

According to several Israeli media reports the Shin Bet has, for the moment, scrapped Minister of Environment Protection Gilad Erdan’s participation in the UN’s annual climatology conference in Qatar, scheduled for November.

This follows Qatar’s rejection of allowing Israeli security personnel to enter the Persian Gulf oil sheikhdom. In the past, Qatar, which has informal relations with Israel, has allowed Israeli politicians and athletes to partake in various events in their country. 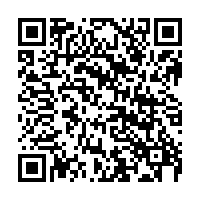