Soon after he was declared winner of the 2020 presidential election by the Associated Press last November, then-President-elect Joe Biden called on the American people to start closing the President Donald Trump chapter as a nightmare and move on.


The concept of closing a chapter and moving on has always been an important part of American political discourse. From its earliest days, the United States developed a positivist political culture that ejected the nurturing of ressentiment so dear to old European powers. That culture regarded concepts as vendetta and revanchisme, so strong in the old continent, with contempt. Even after the War of Secession, a tragic event by any standard, that culture helped Americans of all political shades to move on and, in time, get together again.

One only has to read what Gen. Ulysses S Grant, commander in chief of the unionists who led his camp to victory in the War of Secession, has to say in praise of the defeated Gen. Robert E Lee, the Confederate commander to realize that American political culture is not only remarkably free of vengefulness but also promotes forgiveness in the service of the common interest. The American is advised not to get mad but get even.

Thus when Biden spoke of moving on he was following a well-established American pattern of behavior. With that in mind, one cannot but wonder why his Democrat Party decided to keep the Trump chapter open by triggering a second impeachment process that seems to have no constitutional basis and everyone knows will not end with the conviction of the former president. This impeachment gambit simply doesn’t make sense.

If one wishes to punish Trump for his alleged triggering of the mob attack on Capitol last month, the American way would be for the Washington DC Police Department to shape a case for submission to the District Attorney to bring formal legal charges against Trump. In that way, the whole tug would be depoliticized with Trump facing criminal charges and becoming answerable to an independent judiciary with clear and time-tested rules.

So, why this stubborn insistence on shielding Trump against the legal process while casting him as the negative star of a poorly-scripted soap opera?

Adepts of conspiratorial theories might suggest that Trump himself bribed some Democrat leaders to launch the show and keep him in the news for as long as possible. As a result of the impeachment process, rather than fading in Florida, he has remained in the headlines, with his every move massively reported and analyzed as if the fate of mankind depended on them. Nursing an insatiable thirst for publicity, old Donald J. must be having a whale of a time watching TV in Mar-a-Lago.

However, a more sinister motive may also be suggested. What if this whole farce is part of a broader attempt at injecting a strong dose of revisionist vengefulness in the American political culture?

Judging by various campaigns to remove statues, re-name public places by banning even such names George Washington; Thomas Jefferson and Benjamin Franklin, would it be outlandish to fear that vendetta, justified by real or imaginary grievances, is creeping into American politics at a higher and higher level?

For the past decade or so, victimhood has provided some individuals and groups with a storefront display to seek a share in the political marketplace. There is also the fact that segments of the American political elite, drunk on their cocktail of political correctness, seek to re-write American history as a tale of woes for real or imagined victims. Keeping real or imagined wounds open is also a means of covering one’s political nakedness. It is interesting that the politically correct crowd has never been able to offer anything resembling a coherent political platform beyond calling for the insurgency against the “one percent” who are supposed to have a magic money tree in their back garden.

Deeper thinkers in that crowd demand a defunding of the police and the creation of “free zones” in cities where “freedom-fighters” keep “White Supremacists” out. Trump, being the bete-noire of “anti-Imperialist” and “Progressive” militants, it is no surprise that they insist on getting the pound of flesh they have no claim to.

But what if the Democrat barons, or at least some of them, have pedestrian partisan motives?

The impeachment helped Biden complete approval of his Cabinet at top speed, avoiding long and potentially damaging scrutiny of some nominees. It also covered the fact that the new president hasn’t offered anything sensationally new apart from canceling some of Trump’s controversial Executive Orders.

Beyond that, the impeachment may be designed to keep Trump politically alive by angering and thus further motivating his core supporters who would either split the Republican Party from within or even set up their own “Patriot Party”. Such a split would ensure the Democrats victory in mid-term elections next year. Since more Republican senators will face re-election next year, such a split could give Democrats a huge senate majority, something they haven’t had in decades. Some Republican senators may lose part of their electorate if they oppose the impeachment. Others may lose voters if they support it.

And then, we would be en-route for presidential election in 2024 which, Biden being an unlikely “come-back-kid, would be an open one. Fielding Kamala Harris as nominee could be risky by Democrats. At the same time, Democrats lack a rising star while a challenger further on their left remains a threat.

On the Republican side, Trump may seek the party’s nomination.

If he wins, Democrats could mobilize the same coalition of “minorities” against him while a big chunk of Republican voters either stays at home or, like last November, joins the anti-Trump front. If Trump doesn’t win the nomination he would be under pressure to stand as a third party candidate.

That could mean re-visiting the Ross Perot episode which helped Bill Clinton become president twice, both times by fewer than 40 percent of the votes.

Trump as a diversion may have other uses for Democrats. There is talk of turning DC into a state, something which could give the democrats two more senate seats. Biden has also spoken of the possibility of Puerto Rico becoming a state. If that happens, Democrats could control both houses for the foreseeable future. Even more outlandish is the suggested division of California into two or even four states which would give Democrats between two and eight more senate seats.

Could the two-party system develop into a one-and-a-half party scheme in which the one party is always in government and the half-party always in opposition?

That’s what happened in neighboring Mexico where the Institutional Revolutionary Party (PRI) was in power from 1920 to 2000 with a half party serving as opposition to keep the myth of democracy alive.

Were this to happen, we would witness one of those ironies that give history its bitter-sweet taste. Mexicans fought for two centuries to have a democracy like that of their northern neighbor, never dreaming that anyone north of Rio Grande may wish to Mexicanize the American system.

(Amir Taheri was the executive editor-in-chief of the daily Kayhan in Iran from 1972 to 1979. He has worked at or written for innumerable publications) 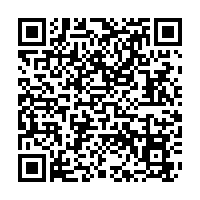