Arab countries should not pursue normalization with Israel as doing so could make them targets of Iran on their own soil, said Islamic Revolution Guard Corps commander Maj. Gen. Hossein Salami on Monday.

“We warn the anti-revolution regimes in the region, the Zionist regime is a cursed entity that … pollutes every country with which it comes into contact,” Salami said at a ceremony unveiling 340 new speedboats earmarked for the IRGC Navy in the southern port city of Bandar Abbas.

“We tell them,” he said, referring to Iran’s Gulf neighbors and other moderate Sunni states in the region, “not to overspend in the friendship with the Zionists; this is an unhappy marriage that will put you in the same fire in which the Zionists burn. True Muslims do not accept such behavior from their rulers.”

He added: “Allowing the presence of Zionists on Islamic lands is nothing but enmity with the Muslims and Arabs.”

Salami also warned the United States not to continue the policies of former President Donald Trump.

“We tell the Americans that you have failed in the battlefield of pressure against the Iranian nation. Do not repeat the failed policies. The Iranian nation will not exchange its independence for [removal of sanctions]. We have overcome the embargo and its consequences and defeated its architects,” he said.

“The conditions indicate that resistance has yielded results. Growing stronger is our definitive path because in today’s world we should either be strong or surrender and there is no third way,” he added.

Iran’s supreme leader, Ayatollah Ali Khamenei, said on Sunday the Islamic Republic would not return to the 2015 nuclear deal it struck with the Obama administration unless it can verify the United States has first lifted the economic sanctions against Tehran.

The United States, for its part, is reportedly considering a wide array of ideas on how to revive the Iranian nuclear deal, from which Trump withdrew in 2018, including an option where both sides would take small steps short of full compliance to buy time.

According to sources familiar with the matter, U.S. President Joe Biden has yet to decide his policy. His stated position remains that Iran must resume full compliance with the pact before the United States will.

According to Prince Faisal, “The development of the Iranian nuclear program and the ballistic missile project endanger the entire region.” 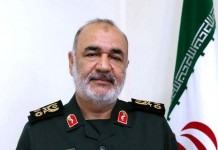 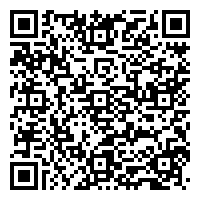