On March 2, seventeen “National Security Leaders” issued an alarming statement about Israel-Palestinian peace and U.S. policy. The statement was carried as an ad in The New York Times and a PDF version can be found here.


In my view, the statement is fairly radical in its departure from what has been U.S. policy for decades. How?

–The Statement claims that “previous U.S. administrations” have “accepted” a Palestinian demand for “equal and minimal land swaps.” I will speak only about the George W. Bush administration. We understood that land swaps were a very useful idea to make the two-state solution work, but we did not back any demand that they be “equal and minimal.” That was to be negotiated by the parties.

–The Statement says that “Jerusalem [is] to be the capital of Israel and Palestine, in the west and the east of the city respectively, an open city for the faithful of the three monotheistic religions.” The Bush administration also left the borders of Jerusalem to be determined by the parties, and never insisted on an “open city”—whatever that means.

–The Statement calls for “Ensuring the security of the two states consistent with their respective sovereignty and supported by a third-party security mechanism.” The Bush administration understood that security was an enormously complex and dangerous issue, but did not demand a “third-party security mechanism.” Again, the meaning of that phrase is entirely unclear, while it has long been entirely clear that Israel would not hand its security over to the United Nations, the United States, NATO troops, or any other possible “mechanism.”

–The Statement says our goal should be “Two states, Israel and Palestine, living side by side in peace and security.” What’s missing here? Compare the words of President Bush when addressing the United Nations General Assembly in 2002: “In the Middle East there can be no peace for either side without freedom for both sides. America stands committed to an independent and democratic Palestine, living side by side with Israel in peace and security. Like all other people, Palestinians deserve a government that serves their interests and listens to their voices.” The Statement makes no mention whatsoever of freedom or democracy, simply abandoning the hopes and indeed the rights of the Palestinian people in this regard.

–The Statement says that a deal between the Israelis and Palestinians “remains a core U.S. national interest.” Really? A desirable goal to be sure, but as one thinks of the rise of China, American military preparedness, missile defense, Iranian and North Korean nukes, energy issues, and the like, does solving the Israeli-Palestinian conflict qualify as a “core national interest?”

The Statement is radical in a more significant way in embracing the Palestinian view that only Israel is to blame for the failure of peace negotiations. It says that “Palestinian President Mahmoud Abbas, addressing the United Nations Security Council on Tuesday, February 20, affirmed the Palestinian commitment to a peaceful negotiated path….” Nowhere does it note that for nine years running now, the PLO has refused to come to the table and negotiate. If Abbas is committed to the path of negotiations, why did he not take it—especially in the years when Secretary of State Kerry was energetically trying to make that happen. It is worth recalling the comment of Martin Indyk, who was part of the American team under Obama: while PLO chairman Mahmoud Abbas “checked out of the negotiations,” Israeli prime minister Netanyahu “moved into the zone of a possible agreement.” Indyk spreads blame to both parties, but his statement fully contradicts the Palestinian “narrative” that the Statement adopts.

The Statement does say that “The Palestinian leadership has reiterated its commitment to a non-violent path of diplomatic negotiations and dialogue. Having articulated principles for a peaceful settlement, Palestinian leaders must also demonstrate this commitment in words and deeds….” That’s fine, but nowhere does the Statement actually demand that the PLO do the single thing that should be most obvious: agree to get back to the negotiating table.

The statement is radical in holding that the American role over the years is blameworthy: “Addressing legitimate Palestinian grievances, and America’s role in their prolongation, is…crucial to the goal of de-radicalization, denying oxygen to extremists, and resetting America’s standing and relationships.” Note that “legitimate Israeli grievances” are not even mentioned.

But how exactly has the United States “prolonged Palestinian grievances?” This is not explained. It must be assumed, given the overall tone of the Statement, that the answer is simple: the United States has been too “pro-Israel” and has not crammed a deal down Israel’s throat. So again, according to this Statement the blame does not lie with the Palestinians, led for decades by the terrorist Yasser Arafat and now by someone who refused a peace deal in 2008 and has for nine years refused to negotiate.

The Statement is radical in backing fully the Palestinian demand that the traditional American role in fostering negotiations must be usurped by others. The Statement backs the Palestinian call for a grand international conference whose ambitions and participants are worth noting: “with the participation of the parties themselves, the International Quartet, as well as the permanent members of the Security Council and regional stakeholders, creating a multilateral mechanism to assist the Israelis and Palestinians in negotiations, and to realize the Arab Peace Initiative and conclude a regional peace based on an Israeli-Palestinian peace agreement consistent with UN Security Council Resolutions 242 and 338.” That formulation would bring China into the mix, and Syria as well (isn’t it a “regional stakeholder?”). And what does concluding “a regional peace” mean, exactly? Israeli-Palestinian negotiations may be insufficiently complicated, so peace between Israel and Lebanon and Israel and Syria should now be in the mix?

Lest there be any confusion as to its intent, the Statement concludes this way: “If the Administration rejects two states and these reasonable parameters, then other members of the Quartet, of the Security Council and International Community should move forward with parameters and a mechanism to re-focus efforts on an early return to the two-state solution.”

After all, that “International Community” includes 57 Islamic states, the EU, and countries hostile to Israel such as Sweden and Cuba. The Statement is, then, is a cry of anguish about the Trump administration’s strong support of Israel and a demand that someone, somewhere, start meeting to take the Palestinian side and pressure Israel for concessions.

Most surprising about this Statement is the thought that its many distinguished signers believe this can possibly work. Admittedly, not all signers are distinguished: one is distinguished only for hostility to Israel (see here and here); several others are quite distinguished but have no particular expertise in this subject area. But what of those who have long experience? Do they really think any of this can happen, or would have any positive effect? A gigantic international conference “by mid 2018”—this is in the Statement—in other words with minimal preparation?

I have an elixir that can calm the signers down. I suggest they travel in the Arab world, where the main topics are Iran and (as always) regime survival.

There they will find as I have that the sense of emerging calamity because Israel and the PLO have not made peace is missing. No one is demanding vast conferences or is seeking to exclude the United States. But the Arab world is far, so an alternative is traveling to Capitol Hill. There as well they will find no sense that America’s relationship with Israel requires that the “International Community” push us aside and take over, nor any belief among the leaders of either party that America is to blame for “prolonging” the Palestinians’ problems. They will find plenty of opposition to the Trump Administration, but happily it has not been translated into an analysis of the Middle East that blames Israel and the United States for the region’s troubles.

The Statement, like so many of its intellectual predecessors, infantilizes the Palestinians: they are victims and little else. But the past suggests, to me at least, that only when Palestinians take responsibility for their politics, their civic culture, their society, and their future can peace really be possible. 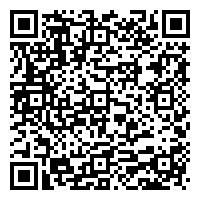