Pesach is around the corner and with it comes the fear of unanticipated financial burdens for many poor families. The list piles up and the cost of food goes up. The State of Israel has a history of providing aid to non-profit organizations, with specific funds appropriated to charities at the holidays. Though the precedent is there, a struggle always plays out between the Ministry of Social Affairs and the Finance Ministry.

At 13 shekels per family, the state funding doesn’t cover the price of a box of matza.  The current budget is 3.7 million Shekels, which is a humble amount for non-profits trying feed hundreds of thousands of people.  Though in past years an appeal to increase the budget has been submitted to the Finance Ministry by the Ministry of Social Affairs, even the increase has been insufficient to cover the costs of feeding Israel’s poor.

MK Yisrael Eichler, of the UTJ, has recently commented to the media that the funds do not meet the need and that the number of poor increases with every coming holiday.

Yad Ezra V’Shulamit is at the forefront of the efforts to feed Israel’s hungry. Every Pesach, Yad Ezra V’Shulamit distributes approximately 23,000 holiday food baskets. More than 100,000 needy children and adults will be nourished by their annual Pesach distribution.

All societies experience some degree of want. What sets one apart from another is how that society provides for its most vulnerable citizens. In Israel, the fight against hunger is a daily struggle as government and non-profits alike, work to support the most vulnerable sectors in Israeli society.

For Pesach, Yad Ezra V’Shulamit replaces the challah with matzah and includes additional grape juice to the baskets. This results in a total distribution of 400,000 potatoes, 80,000 bottles of grape juice, thousands of chickens, and over 20,000 boxes of matzah. As the Israeli government subsidy amounts to 13 NIS (less than $4) per family, the organization relies on the support of international donors to supplement the limited contribution from the State.

On Pesach, Jewish communities around the world turn their eyes to Israel and declare that next year they will celebrate in Jerusalem.  Our Jewish traditions require the recreation of the experience of poverty to awaken in ourselves the feeling of being enslaved.  Giving charitable donations to the poor is part of the mitzvah “kimta d’piska” where every Jewish person is called upon to care about our brothers who have less than us.   Yad Ezra V’Shulamit rely on the generosity of the international Jewish community to ensure that Israel’s poor also celebrate with dignity.

Send a Pesach good basket to a needy Israeli family >> 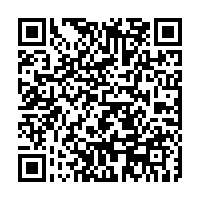